A man who coached the All Blacks in the art of kapa haka says the "Flying V" by the English rugby team wasn't disrespectful or offensive. 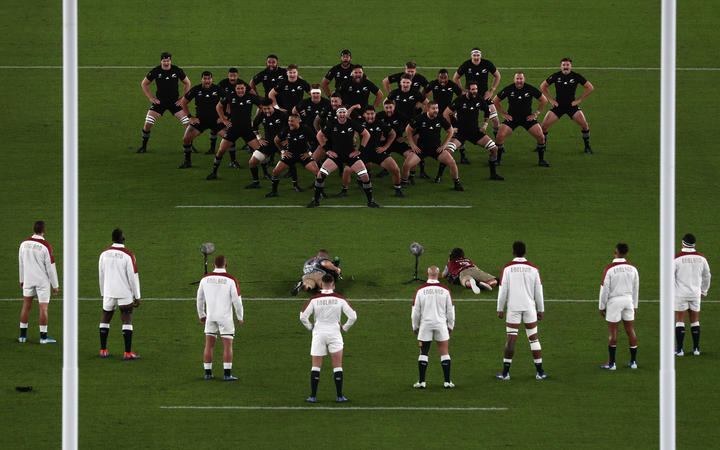 The English rugby team was fined for its response to the All Blacks' semi-final haka at the weekend.

World Rugby were quick to post news of what it called "England's incredible response" to the haka, but then changed its tune and fined them a four-figure sum.

Back in 1996 the Wallabies enraged many New Zealanders at the Wellington Test, turning their backs on the haka and warming up at the other end of Athletic Park.

But Wetini Mitai-Ngatai, who has coached the All Blacks in the art of kapa haka, said although he was caught off-guard by the English response to Kapa o Pango, it wasn't disrespectful. 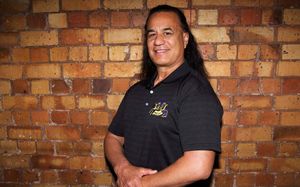 "But I just thought 'ooh they've learned something from us', because I thought that was cool actually. It was a good response."

World Rugby dictates that teams facing the haka must stay at least 10m on their own side of the halfway line.

The point of the English V was the only part of the formation that far back, and at least four players were on the All Blacks side of the field, prompting the referees to usher them back.

But Mr Mitai-Ngatai said the response didn't break with tikanga and wasn't offensive.

"Oh no, absolutely not, no, no. You're being challenged for goodness sake you don't sit down and fold your arms and cross your legs.

"You stand up in some way, and I think that was a good way of retaliating to that challenge.

"I think it was a good way and I thought it was a Māori way too."

Mr Mitai-Ngatai said the All Blacks he knew would not have been rattled by the response to the haka.

"I wondered, what they were going to do next? I actually thought they might completely encircle the All Blacks' haka.

"I thought it was a thrilling response. I didn't think it in any way disrespectful. I thought this is them being somewhat sensational before the kickoff, and why not?"

Mr Quinn said he was aware of World Rugby's rules, but he could not see the point in fining the English.

"There is a protocol that you don't come too close to the haka or some of the challenges from other Pacific nations, but I don't understand why they've been fined. In the end, did it do any harm?

"I think it just created a high level of excitement before the kickoff, and I thought it was terrific, it really sent a tingle down my spine."

In post match interviews, England's Samoan-born centre Manu Tuilangi said it was coach Eddie Jones who came up with the idea.

He was less clear on whether it had worked.

"I don't know, but for me, this is the fifth time I've played the All Blacks and it's always an honour and I respect the haka. It gets you pumped up."

While England skipper Owen Farrell, who famously smirked through the haka, appeared to know the protocols.

All Blacks skipper Kieran Read said England's response to the haka had no bearing on the outcome of the game, but punters in New Plymouth's official rugby at Crowded House were divided over whether England should be fined.

Kingi Keremeta, who was playing pool with a mate, thought England's response was a bit off. 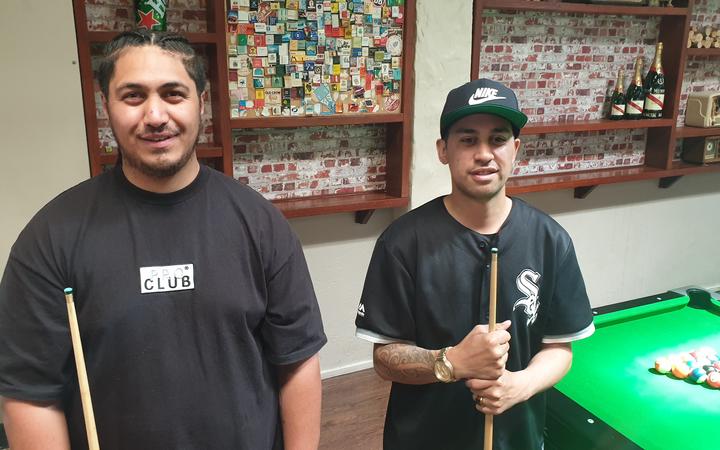 "There's a lot of tikanga around the haka and I reckon they shouldn't step on that kind of protocol."

"I thought it was good. It was their way of challenging us, so we'll do our wero and our challenge and the opponent will come and do their challenge. It's all good."

The Crowdies co-owner Doc van Praagh came down on the side of officialdom.

"Well, they shouldn't have come over halfway. The French got fined in 2011 for it, so fair enough."

The All Blacks face Wales in the Bronze Final on Friday. Back in 2008 in Cardiff the two teams refused to move in a tense standoff after the haka.

Plenty of fans will be watching to see whether or not the Welsh intend to take a leaf from the English in the pre-game rituals.