England have been fined for their response to the haka before Saturday's Rugby World Cup semifinal win over the All Blacks. 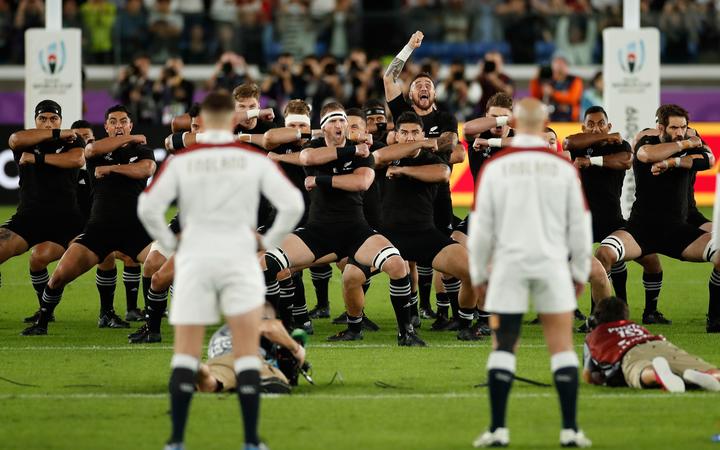 England fanned out across the pitch in V-formation as the All Blacks delivered the challenge, with several players who crossed the halfway line standing their ground when officials tried to usher them back.

World Rugby regulations stipulate opponents must not cross the halfway line while the haka is being performed.

It did not disclose the size of the fine, which is to be donated to charity.

"England have been fined for a breach of World Cup tournament rules relating to cultural challenges, which states that no players from the team receiving the challenge may advance beyond the halfway line," the sport's governing body said in a statement.

"This is in line with the protocol which operates globally across the international game."

In the 2011 tournament France were fined $5000 when they also advanced on the haka before the final. It is believed the England fine was less than that amount.

Asked about England's actions after the match, captain Owen Farrell said: "We didn't just want to stand in a flat line and let them come at us."

World Rugby's Youtube video of the incident, titled "England's incredible response to intense New Zealand haka" with a commentator saying "you want box office? You've got it", has been viewed more than four million times.

The All Blacks coach Steve Hansen has endorsed England's imaginative repsonse to the haka pointing out it's not the response that has been penalised but the fact they crossed the halfway line.

"I think their was response was fantastic...everyone know's you can't come over halfway.

"If you understand the haka, the haka requires a response. It's a challenge to you personally..so I thought it was brilliant and imaginative."