Pharmacists say letting them do vaccinations generally - not just in a crisis - will be a good way to head off future outbreaks. 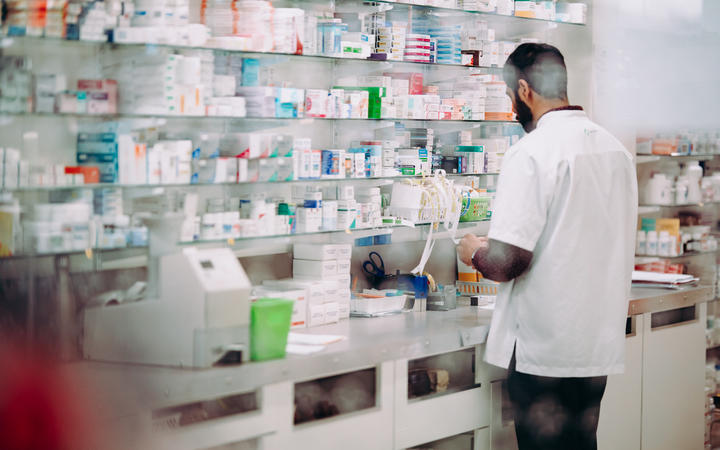 Pharmacists have been enabled to give the MMR (Measles Mumps and Rubella) vaccine to people aged 16 and over. Photo: RNZ /Dom Thomas

Eight hundred and forty pharmacists across 450 pharmacies are trained to deliver vaccinations, and have today been told they'll be able to now immunise against measles.

This year there has been almost 2000 confirmed cases of the virus.

Pharmaceutical Society president Ian McMichael said pharmacists prided themselves on being accessible and hoped the move was the start of allowing them to administer other vaccines.

"What I'm thinking is this is just yet another stepping stone and once this is finished I'm sure the ministers will be keen to talk to us about some of the other vaccines which are not being fully uptaken.

"Things like whooping cough. So we run real risk among populations with babies around whopping cough, and we've shown - for instance in the Waikato - that by pharmacists getting funded [for] whooping cough vaccines it's increased immunity.

"So I'm sure the ministers will be keen to have more conversations with us about increasing the vaccination uptake with other vaccines as well."

Today's announcement allows pharmacists to give the MMR (Measles Mumps and Rubella) vaccine to people aged 16 and over.

They would have access to the National Immunisation Register and would be supplied with the doses through their District Health Board. 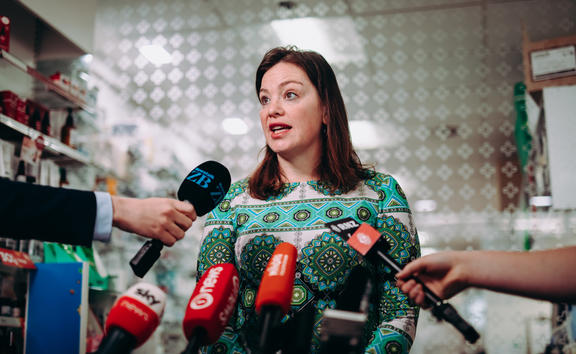 Associate Health Minister Julie Ann Genter hoped letting pharmacists give out the vaccine would prompt those in their mid teens to late 20s - who may not be fully immunised and do not regularly visit a GP - to get a move on.

"Now that the curve is coming down and cases are reducing we can move to the next phase which is closing the immunity gap in that 16-29 year old group."

She said it had taken some time to work through the logistics of the policy - like ensuring pharmacists got paid for doing it, giving them access to the national register and managing supply of the vaccine.

A lot of customers had asked whether they could get a vaccine through her clinic, and she expected there would be a good uptake.

"We noticed even with the flu vaccines when they were fully funded how many more people in, simply because of that," Ms Jakes said.

She was hopeful good supply agreements would be worked out with the DHB.

"I guess there always is that concern because we had that concern with the flu vaccination. But we've been told today that there's supply coming in so I'm confident that we'll be given sufficient supplies.

Ms Genter said 107,000 doses had just arrived in the country and 155,000 more were arriving in the next three months.

The vaccines would be available as contracts were signed with DHBs, so timing around the country would be different depending on how quick each DHB was to act.

He hoped pharmacies would be giving out the vaccine sometime in the new year.