A Chinese Navy Vessel is heading to Fiji from Wellington after stopping in New Zealand's capital over the weekend. 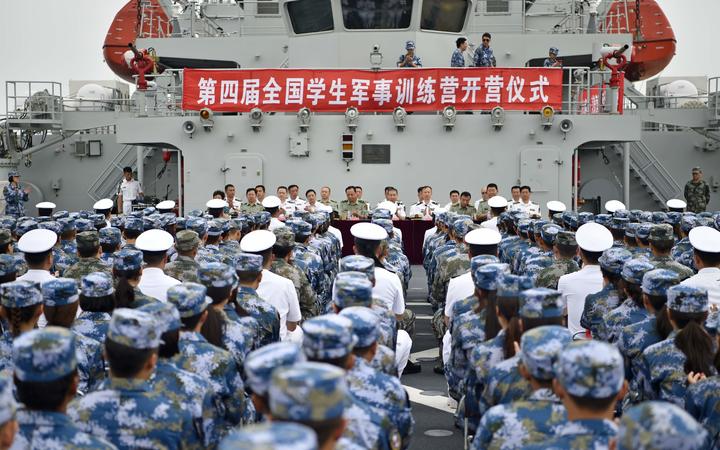 A photo taken on board the Qi Jiguang in 2017. Photo: AFP

Over 500 cadets were on board the Qi Jiguang, participating in an annual exchange programme.

They trained alongside the New Zealand Navy and visited Victoria University.

Anne-Marie Brady, an academic and observer of geopolitics at Canterbury University, questioned the lack of transparency over the vessel's visit.

Winston Peters was unavailable for comment as he was touring Korea and Japan.

A New Zealand Defence Force spokesperson said the government was aware of the visiting vessel.

The Chinese Embassy did not answer the phone when approached for comment.