A Lower Hutt couple whose dog had a wounded paw crawling with maggots has been fined and barred from owning pets for five years. 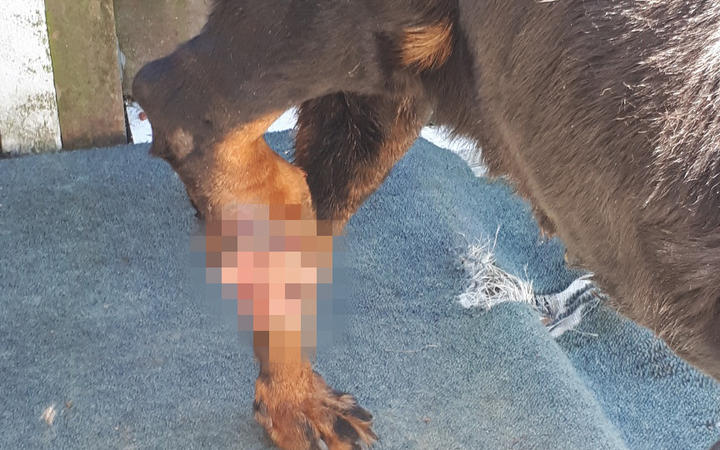 It says an inspector visited the couple's home in November last year and found the animal with a grossly deformed leg with a large, fly-blown open wound.

In a statement, SPCA said: "Bobby's right hind leg was also grossly deformed, swollen, and had a large open wound. It appeared as though the foot was missing entirely, there were maggots crawling in the pits of its flesh, and he was able to move only short distances by hopping. Bobby's eyes were oozing green discharge and his nose was dry and cracked...

"The mass was revealed to be a squamous cell carcinoma and was fly blown with multiple pockets of maggots and purulent discharge. The vet assessed that it had started as a small painful mass on the toe and grew slowly. This meant that it would have been present for many months to be as extensive as it was.

"On the left side of his body were multiple calluses, showing that Bobby had been lying on his left side on a hard surface for long periods of time."

A vet diagnosed the animal as having skin cancer, which would have been apparent to the owners for months - and it was euthanised to end its suffering.

The couple were ordered to pay nearly $1200 in fines, legal costs and reparations.