A biologist observing a seal who may have been shot at the weekend says the injury could change the mammal's behaviour forever. 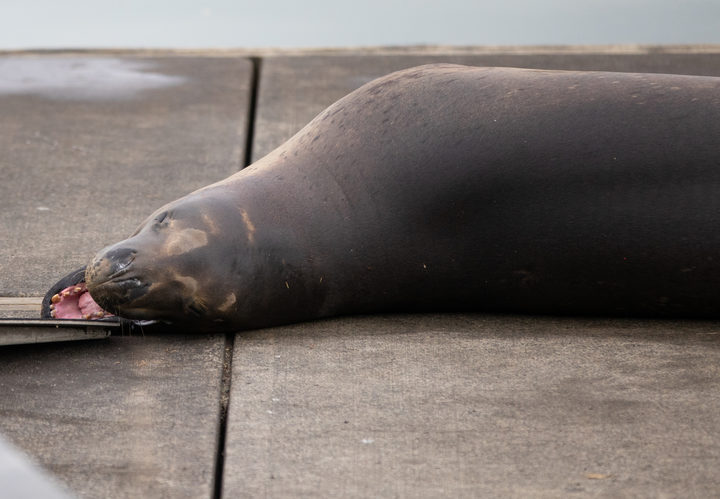 However, at the weekend she was spotted bleeding from the head with a suspected gunshot wound on her nose.

Marine biologist Brittany Mathias, from leopardseals.org, has been working with Owha since 2016 and observed the sea creature this morning.

"She's looking really good. She's stopped bleeding, is resting normally and has been seen swimming around the marina today, which is awesome."

While Owha was on the mend, she wasn't out of the woods yet, Ms Mathias said.

Three separate vets have confirmed the bleeding was most likely the result of a bullet wound.

Ms Mathias said the seal hadn't been seen putting her head underwater to feed yet - probably because the injury was still very sensitive.

"We have discussed the possibility of providing her food with antibiotics and pain relief in it but in the past we've had members of the public try and feed her fish and she hasn't eaten them." 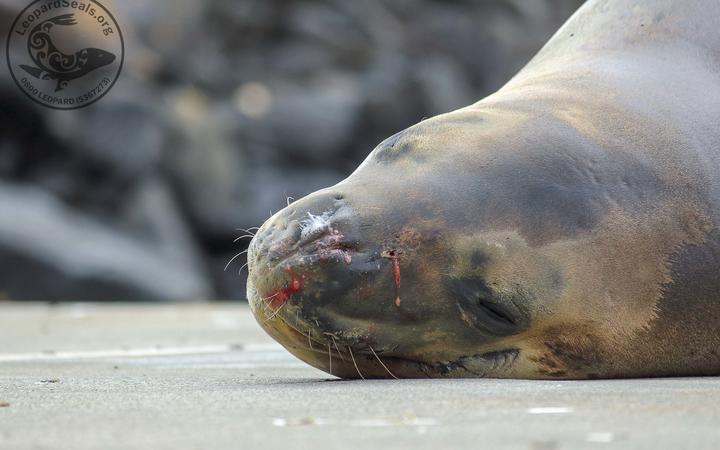 Owha the seal is now recovering from her wound. Photo: Rick Bout / Leopardseals.org

It was hoped Owha would make a full recovery without any intervention.

"Pinnipeds in general are incredible healers. Normally with injuries like this they can heal without intervention so we just need to keep monitoring her."

The Department of Conservation has confirmed it had already received a number of reports from the public about how Owha got her injury.

And Sea Shepherd is offering a $5000 reward to anyone who has evidence that leads to the conviction of the person or persons responsible.

The charity has successfully put up rewards for other high profile seal abuse cases and its managing director, Michael Lawry, hoped this case would be the same.

"It's pretty disturbing because these are very, very special visitors to our shores and they deserve protection."

People had attacked seals in the past out of frustration their property was being damaged, he said.

"Owha looks like she has destroyed about 16 inflatables, which I can see some people are frustrated (about) but again this is a crime.

"These are really rare amazing creatures from Antarctica and we're privileged they come here."

Owha has never attacked anyone but Ms Mathias worried the normally-docile creature would change if she was deliberately shot.

"It's absolutely heartbreaking because Owha is not aggressive. One of our concerns is that if it was done by a human she may end up starting to be more aggressive towards people because she becomes frightened of them."

Anyone who sees Owha should stay at least 20 metres away from her and call the toll free hotline 0800 LEOPARD, Ms Mathias said.

For now, a team are keeping a close eye on seal - and her them - as she recovers.