A Jetstar plane that had one engine shut down has landed safely at Auckland Airport. 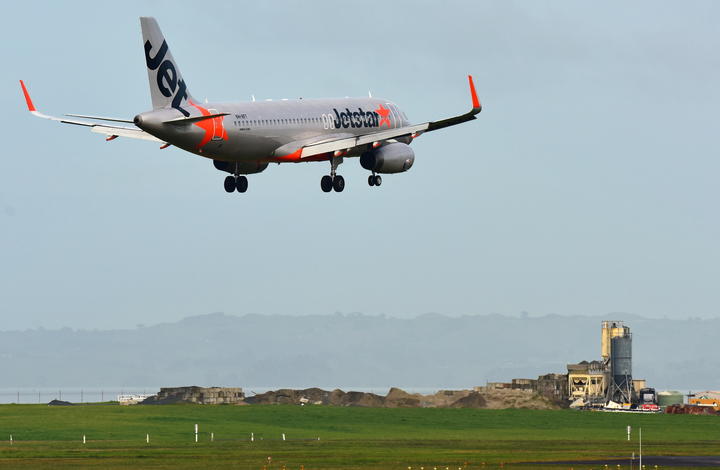 Flight JQ384 from Palmerston North to Auckland had 47 passengers on board when it suffered a problem with one engine, Jetstar said.

The captain shut down the engine as a precaution.

The plane was certified to safely operate on one engine, the airline said

Fourteen fire trucks were called to the airport just after 1.30pm, before the plane landed safely.

Jetstar engineers were inspecting the plane.