Wellington mayoral frontrunner Andy Foster says he was questioning a controversial housing development development long before Sir Peter Jackson spoke out against it. 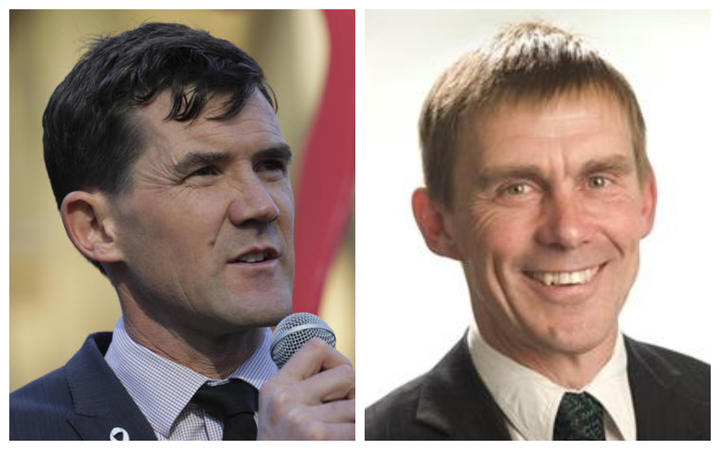 Voters in the capital still don't know for sure this morning who'll take the mayoral chains of office - after a nailbiting wait for results.

About 90 percent of the votes have been counted but a large number of last-minute ballots mean the winner will probably not be known until around midday.

As it stands Mr Foster is leading incumbent Justin Lester by 715 votes, with more than 5500 special votes yet to be counted.

Mr Foster told RNZ's Insight that if he was elected mayor Sir Peter and Dame Fran Walsh would not be influencing what happened within the new council.

"We haven't had any policy discussions whatsoever. I think what he and Fran have done is to back me because they believed in me.

"They saw what I was standing for and on the Shelly Bay issue I've been standing against what's currently proposed for four-and-a-half years so long before they said anything at all, so I'm just being consistent with what I've always been saying." 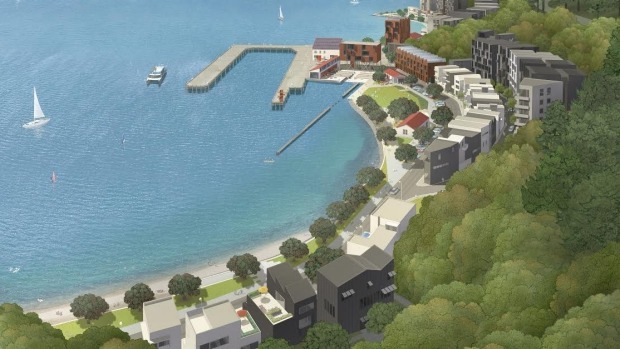 The proposed Shelly Bay development that has been questioned by Andy Foster and Sir Peter and Lady Fran Jackson. Photo: Supplied

A review of the project had been on the cards since 2017 when the council voted to sell and lease the land to The Wellington Company for development. Mr Foster has previously said he wanted to investigate how the council had done its job in making the area a Special Housing Area.

He said it was only half what Mr Lester had spent to win the mayoralty at the last election so the incumbent had no grounds for complaint.

The Jacksons were not the only backers who believed in what Mr Foster was campaigning on, he said.

"To be clear it's Peter and Fran [Jackson] and also several other substantial donors as well. I think people have said to me they wanted a change...

"You do need support like that to be able to run a campaign when you're challenging an incumbent who has all the advantages of office and also a substantial political party behind him."

Mr Foster said he wanted to be mayor so he could lead a team, and one of his most important jobs would be to introduce the budget which would be much easier to influence as mayor.

Mr Lester told Insight that while he knew special votes tended to favour the left, "at 700 votes down, I'm realistic, that's a big turnaround."

He said it was ironic that Wellington's troubled bus system had made a difference, because voters were frustrated with it.

He said while it might have politically expedient to criticise the regional council, it doesn't help relationships and "is not the right thing to do".

He spent Saturday evening with friends and family, and celebrated other Labour candidates who have been elected.