Wellington city councillors have voted against a move to dig deeper into the details around the controversial Shelly Bay project.

Today a notice of motion by councillor and mayoral candidate Andy Foster was discussed by councillors - and voted down by nine votes to six.

Mr Foster had proposed the chief executive look at a number of issues related to the residential development on Wellington's coast before it went ahead, provided it got resource consent.

A review of the project had been on the cards since 2017 when the council voted to sell and lease the land to The Wellington Company for development.

Mr Foster said he wanted to investigate how the council had done its job in making the area a Special Housing Area which he said meant the public wasn't properly consulted over how the land could be used.

He said he wanted to put the notice of motion to council in June and agreed the timing now - with an election looming - was unfortunate.

Mr Foster said even if the motion was rejected, as it was, chief executive Kevin Lavery would still do the review as agreed in 2017.

During the debate, mayor Justin Lester said everyone around the table was working in the best interests of the city, despite having different views as to what that was.

He said there was a serious housing problem in the city, and that was why the previous government introduced legislation to allow the council to build houses.

There are 34 Special Housing Areas in the city, with Shelly Bay being one of them.

Mr Lester said it was incredibly disappointing that private and personal interests had influenced the debate and that it was being politicised.

Councillor Brian Dawson said the issues raised by Mr Foster should be looked at, but later.

"This is not the time to be doing this."

He said it was pointless to do it now.

"We are less than two months away from a local body election, lets put the electoral elephant straight into the middle of the room.

"This is now a political conversation whether we like it or not."

Mr Dawson said the council should also wait until after an independent report into the project's second resource consent.

Before the vote, developer Ian Cassels shrugged off questions about who owned the land the development will be built on.

"I mean, the land is owned currently by Port Nicholson and us. Buying land and development is practically meaningless because in the end it's all cut up, developed and sold. The final owner of the land will be neither us nor Port Nicholson." 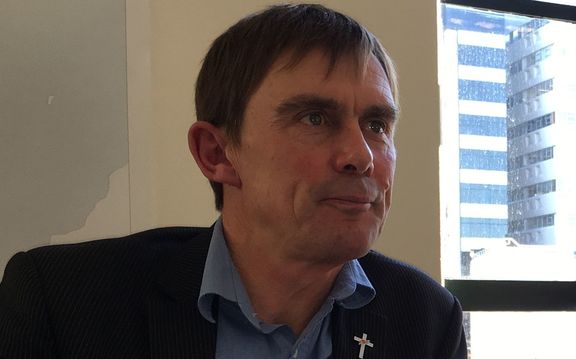 Councillor Sarah Free, who moved the notice on behalf of Mr Foster, who said he was trying not to politicise the issue, said getting more information on the deal would help clarify things, and potentially offer more comfort.

"I think it's responsible actually for us to ask for more information because as councillors have to make decisions very quickly, and so I would like to see progress on the information that I've asked for."

Councillor Fleur Fitzsimons said she had done a lot of research into the history of the piece of land before she took a stance on how she should vote.

She said she would not sit by while the council supported questioning the operation wisdom, commercial relationships and behaviour of Taranaki Whānui.

"In my view, it's deeply flawed and improper to do so. We risk creating another breach of the Treaty of Waitangi here today in new grievances ourselves.

According to a council spokesperson, there will be a review on the aspects of the dealings and arrangements over Shelly Bay, but it will not begin until after independent commissioners have reviewed the second resource consent lodged by The Wellington Company.

The project's first resource consent was quashed by the Court of Appeal after a legal battle launched by a local business group, Enterprise Miramar.