The defeated Auckland mayoral contender John Tamihere has indicated he may put himself forward as a candidate in next year's general election. 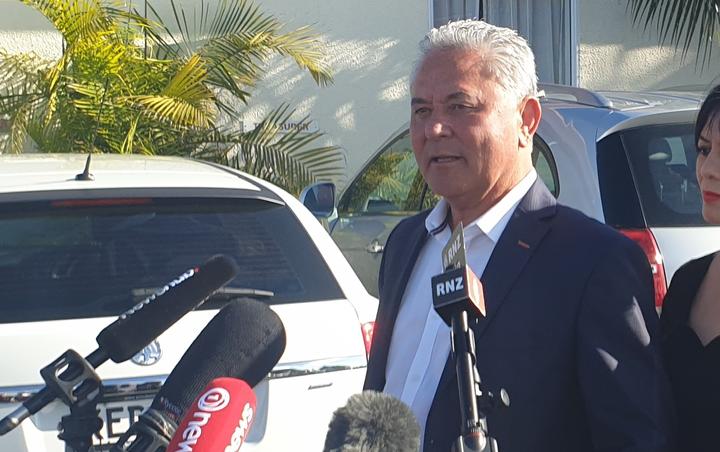 The former Labour Party minister said he'd gathered a great deal of momentum in the race for Auckland's mayoralty, which he lost to Phil Goff by about 85,000 votes.

In his concession speech, Mr Tamihere hinted that his latest foray into politics may not be over just yet.

"Guess what ladies and gentlemen, in the next wee while we have a national election ... and we have awoken a monster," he said.

"The old oligarchy has failed ... [but] we'll cover that when we come to it in the next wee while," he said.

Mr Tamihere told supporters that he lost the Auckland mayoral race because his rival, Phil Goff, was able to secure the support of both the National and Labour parties.

"The National Party and the Labour Party came together against me," he said.

Meanwhile, Auckland's returning mayor said he'll be spending day one sorting out a deputy and his new committees - and resetting up his desk.

Under the council rules, Mr Goff had to clear his desk the day before the vote in case he lost.

After that he said he would focus on his three main priorities for the year - climate change, infrastructure, and the reform on the council-controlled organisations (CCOs).

The CCOs, semi-independent companies that run much of the council's development work, transport, water delivery and more, were criticised by Mr Goff and Mr Tamihere in their campaigns.

Mr Goff said the CCOs were flawed but could only be changed by central government legislation.

"[It] will be one of my first priorities, getting a high powered group working with government ... to make sure that we can restore the trust and confidence of Aucklanders in those organisations," he said.

Most of Auckland's current councillors were returned but there is some new blood.

And it looks as though long time councillors Ross Clow and Mike Lee may have lost their seats - to Tracy Mulholland and Pippa Coom but the count is close and the final results were unlikely to be out until Sunday afternoon.