More than two months after the gas explosion in the Christchurch suburb of Northwood, investigators say they are a long way off finding out what caused it. 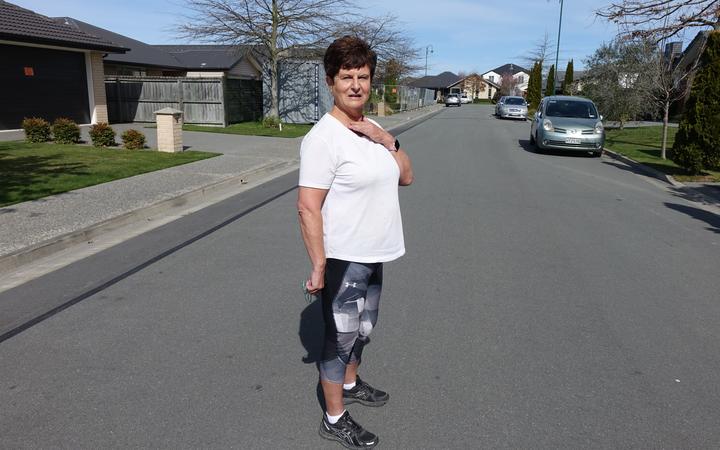 Faye McGill had to have her roof repaired. Photo: RNZ / Conan Young

The blast was heard around the city, left at least nine homes uninhabitable and six people hospitalised.

At Marble Court and surrounding streets, there is a hive of activity with tradespeoples'' vans parked up the driveway of every second home, repairing roofs damaged by falling debris or putting back gib board blown off by the powerful blast.

The nine worst affected homes mostly sit empty, however, as insurers and their structural engineers decide whether they are rebuilds or repairs.

Having been in the media spotlight for weeks now, the few people on Marble Court still able to live in their homes, were reluctant to speak to RNZ.

Faye McGill's house had just had its roof repaired.

"So we are now weathertight ... our windows and doors, that's a wee delay because they have to be made, and then the builders will come in and do the gibbing and the plastering and the painting."

Mrs McGill was missing her neighbours, many of whom had been forced to live elsewhere while decisions were made about their homes, but noted that a few were now starting to come back.

But there was still a lot of water to flow under the bridge before the street returned to normal.

"Some of us have been positive about it and have taken some great opportunities to go overseas and see family. But most of us are living in our homes with our damage, and I think some of them will have to vacate once the repairs commence." 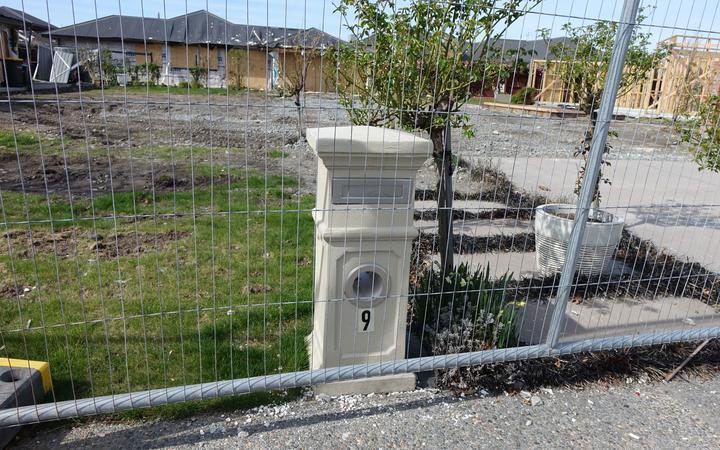 The house in Northwood where the gas explosion happened. Photo: RNZ / Conan Young

Six people were hospitalised after the blast.

In the past few weeks the last person was discharged from Christchurch Hospital and a second allowed to go home after being treated at Middlemore Hospital's burns unit.

Fire and Emergency said it had finished examining the scene but was still investigating what caused the explosion.

The lead agency, WorkSafe, asked RNZ to check again in two months on its progress.

In August it assured residents that the reticulated gas going into their homes was still safe to use.

Mrs McGill said the time being taken to get to the bottom of what caused the blast, was frustrating.

"Sometimes we get a bit angry. But it's I suppose having patience. And that's what we've all got to say to ourselves. We've got to have the patience to have that outcome. But we all would like to have the official outcome given to us."

Mrs McGill worried about property values on Marble Court which she said would now be known as the gas explosion street.

She said a piece of paper from officials making it clear what caused the disaster would give everybody peace of mind that homes on the street were safe.