Two people are still in hospital following the gas explosion that obliterated a Northwood home in Christchurch nearly two weeks ago. 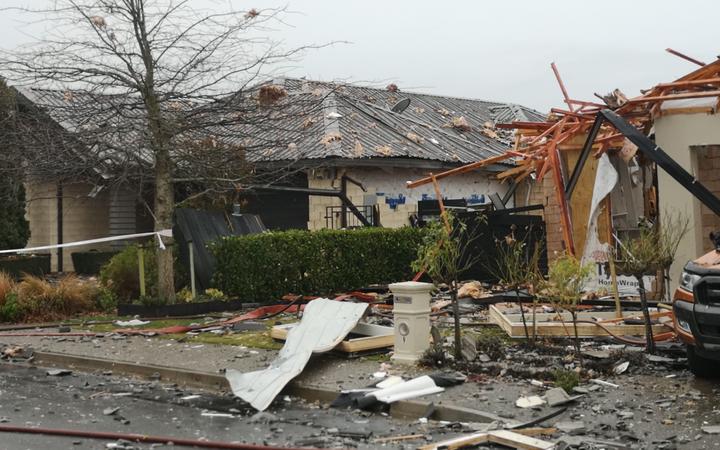 The scene in the Christchurch suburb of Northwood on the bay of the blast. Photo: RNZ / Logan Church

Four others who were injured have since been discharged.

The explosion occurred in Marble Court in the Christchurch suburb of Northwood on 19 July. Shocked residents described doors blowing open, objects falling off their walls, and debris landing on their roofs after the blast.

Police evacuated around 50 residents on the day of the explosion. Since then, Christchurch City Council has issued a total of nine Dangerous Building notices under the Building Act to the home where the explosion occurred and other nearby properties.

WorkSafe said it is continuing to lead the investigation into what caused the blast and its inquiry could take up to a year to complete.

The lawyer representing a gas company that came forward after the explosion said his client would co-operate fully with the investigation.