Gasfitters are seeing a surge in customers wanting their gas systems checked after the explosion in Christchurch which levelled a house and damaged nine others. 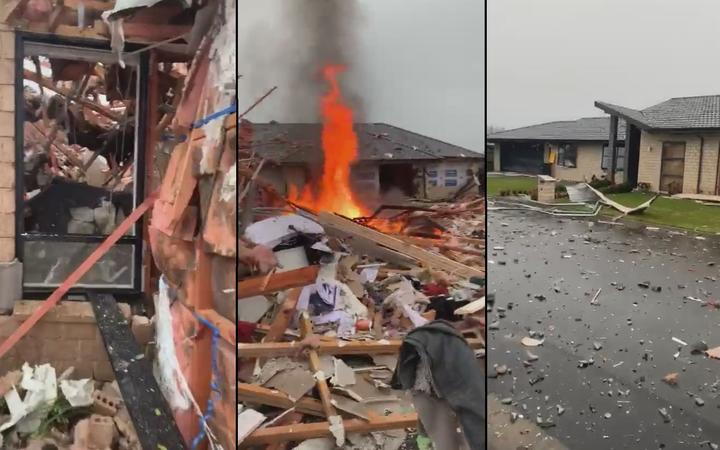 Companies in Wellington and Christchurch say their phones have been ringing off the hook since the blast in the suburb of Northwood last Friday.

The explosion injured six people - one critically - destroyed a home and made nine nearby houses uninhabitable.

Winter is already a busy time for Hutt Gus and Plumbing Systems in Wellington, but now there's been another surge of calls from customers.

"We have two gas service people.

"They're booked up pretty much ... right to the end of August."

She said gas was safe as long as systems were checked and cleaned regularly - just as mechanics will recommend an annual service for cars.

"The bottom line is that gas appliances are like cars. They run much more efficiently and effectively if they are serviced regularly."

Martin De Gouw of Christchurch gasfitters Clyne & Bennie said there had been a "big misconception" that once a gas appliance was installed and going, nothing else needed to be done.

But people were now nervous about safety, and anxious to get their gas system and appliances checked.

"Many have said 'we've never had them checked' or 'no-one's ever checked since we've installed it'."

Mr De Gouw says they'd found some issues needing to be addressed, but it was usually minor deterioration.

Neither he nor his staff had come across faults on the scale that could destroy a house.

Rinnai New Zealand managing director Ray Ferner said the the company hadn't changed its inspection policies in the wake of the explosion.

"We're not concerned for any specific appliances that we sell.

"It's clearly something in this instance that's gone dramatically wrong. We don't know what that is, so this is quite an outlier."

Greg Wallace from Master Plumbers, Gasfitters and Drainlayers Incorporated said there was a six to eight week wait for a technician.

"We try and encourage consumers to do the servicing in the summer months but the reality is that doesn't happen."

Mr Wallace said the gasfitter who had been to the Christchurch home the day before the explosion was not a member of the association.

At the moment most are already insured for $2 million to $5 million, Mr Wallace said.

Gasfitters have to be licensed through the Plumbers and Gasfitters Board, but membership of the incorporation was voluntary.

Mr Wallace said there was a shortage of of 3000 plumbers, gasfitters and drainlayers in the industry as too few apprentices were coming through and too few firms were doing training.