Christchurch residents who aren't able to live in their homes damaged by the massive Northwood gas explosion have received some good news today. 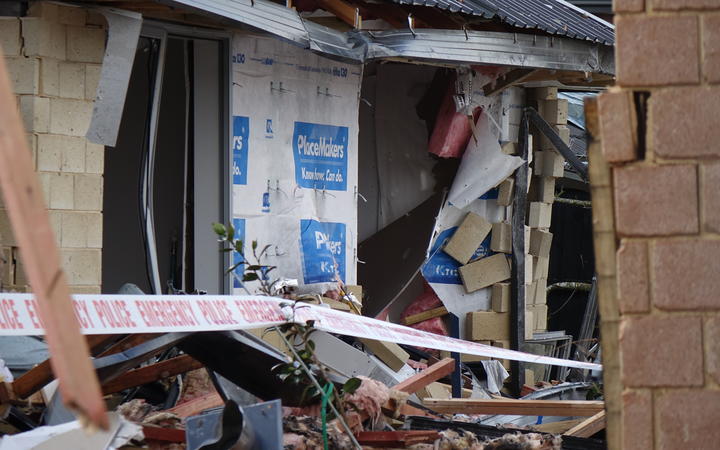 Christchurch City councillors voted to give them a roughly 50 percent discount on their rates.

Three weeks on from the explosion, at least nine homes surrounding the epicentre of the blast had either limited access or could not be entered at all by order of the council.

Graham Stewart's home backed on to the house where the explosion happened.

He predicted he would be out of his property for at least six months while it was repaired.

"Ceilings have come down, windows blown out, the explosion has sucked the windows out, roofing tiles, concrete tiles from the house that was damaged, must have been thrown a fair altitude up in the air because they've come down and smashed, some of them, straight through the ceilings inside the house."

He said it would have been unfair for the council to charge him the full amount on a home he could not live in.

Ahead of the vote, the councillor representing Northwood, Aaron Keown, said the same approach should be applied to anybody who was not able to live in their home.

"No matter whether it's a flood, fire, explosion, anything else that could go wrong, I don't want to name the others and jinx the city any more than it is, should not pay right. If you've got something that you cannot use, you should not be paying a tax on it."

Mayor Lianne Dalziel made reference to an earlier staff recommendation to reject any rates relief for Northwood residents.

"I know that this paper, probably just its publication would have caused some, you know, concern in the community and probably anxiety as well."

Councillor Jamie Gough said the rebate was the right thing to do.

"This is very similar to the earthquake affected rates remission. Charging people rates on the improvement value of their homes when they literally no longer have one would be heartless and illogical."

Mr Stewart said, as a superannuitant, every little bit counted.

He would use the money to help pay for the temporary accommodation he was living in while his home was repaired.