A man who was swept 600m out to sea at a New Plymouth beach is lucky to be alive after being plucked from the ocean in a dramatic rescue. 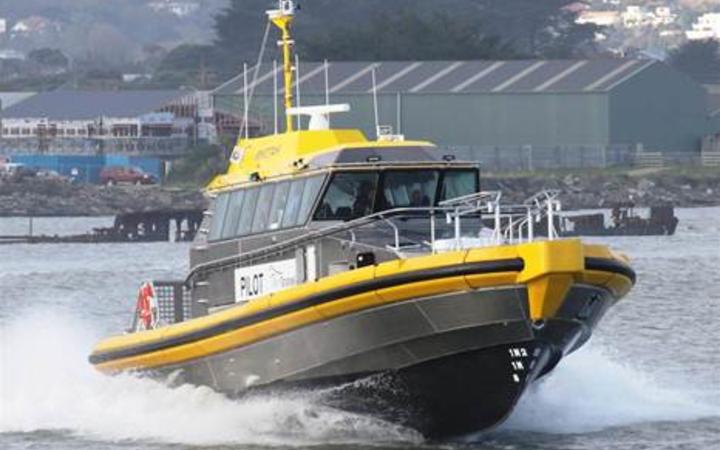 Police said they received a report of a person in distress at Back Beach at about 11.30am and the Coastguard, Search and Rescue and a surf lifesaving team were called into action.

The Coastguard duty officer, who did not want to be named, said the man had been walking knee-deep in the water when he lost his footing and was swept out to sea.

"He was extremely lucky because rescuers got to him just in time," the duty officer said.

The first boat on the scene was a Port Taranaki pilot launch whose crew hauled the man out of the Tasman Sea.

The duty officer said after police contacted Coastguard she first alerted her own crew and then the pilot boat because she knew the were Coastguard volunteers onboard.

The man was safely onboard about a half an hour after emergency services had been alerted.

St John Ambulance said it was called at about 12.10pm and it transferred a patient, who was in a serious condition, to Taranaki Base Hospital.

Port Taranaki head of operations Ashley McDonald praised the quick and professional actions of his staff.

Captain McDonald said he understood the man had been walking his dog in knee deep water when a large wave knocked him off his feet and dragged him out in a rip.

"Our three-person launch crew responded to a police call for assistance and within 15 minutes had quickly located the man about 600m off shore. The crew got him aboard, helped warm him up, and ferried him to emergency services waiting at Port Taranaki.

"Thankfully the man was rescued in time and we wish him a full and speedy recovery."

Captain McDonald said the actions of the port's launch crew were superb.

"They did a fantastic job and acted quickly and professionally. When I rang one of the crew, she modestly said it was 'just another day at the office', but it was clearly a lot more than that.

"Our staff have regular search and rescue training, so it's a real credit to them that on occasions like this they are able to put that training into practice efficiently and effectively," Captain McDonald said.