The Manawatū Gorge replacement highway has been given the green light by the government which has earmarked up to $620 million for its construction. 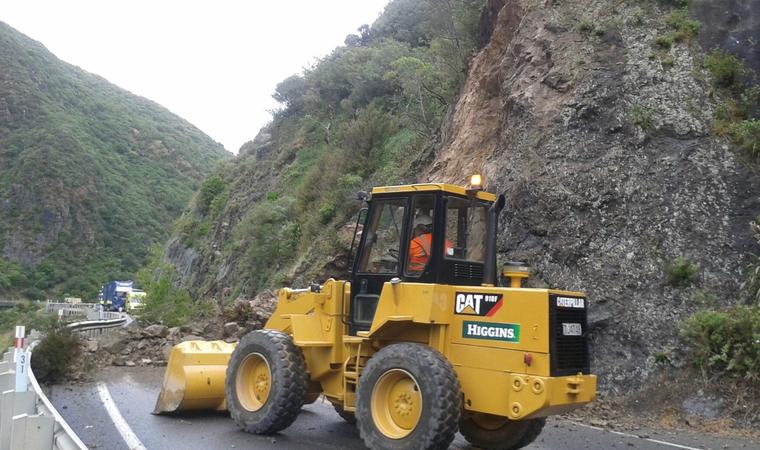 A slip blocking the Manawatū Gorge Road in 2017. The road has been closed since 2017 following multiple slips. Photo: Supplied / NZTA

The gorge road, which had been one of the main routes between the west and east coast of the lower North Island for the last 145 years, has been closed since 2017 after multiple slips blocked the road.

Some of the funding - an initial $100m - has been made available from a reallocation of funding by the NZ Transport Agency.

Transport Minister Phil Twyford said the government had to make sure the important highway could be built as soon as possible.

"It will restore a crucial transport link that supports the needs of locals and travellers through the region and boosts the economy across the lower North Island, through to the East Coast," he said.

Depending on resource consents, enabling works were expected to begin this year and full construction was expected to get underway next year, Mr Twyford said.

The Transport Agency (NZTA) has completed the preliminary concept design for the new road and is working through the consent process. The project is expected to be finished in 2024.

NZTA said $313m in funding was being re-allocated from rapid transit in the 2018-21 national land transport programme.

About $190m would go to state highway improvements, including the Manawatū Gorge replacement road, $60m to public transport including the Auckland Transport Alignment Project (ATAP) and $63m would be be divided between walking and cycling, road policing and local road improvements.

This would enable more of the government's transport priorities to be completed while the Ministry of Transport evaluated options for Auckland light rail, the agency said.

Mr Twyford welcomed NZTA's decision to reallocate funding. "It means we can crack on with other projects while we take the time to get a multi-billion dollar game-changing infrastructure for Auckland right," Phil Twyford said.