Warning: This story contains content some readers may find distressing

Those who work with bereaved parents say more needs to be done to help them and are calling for a national bereavement strategy. 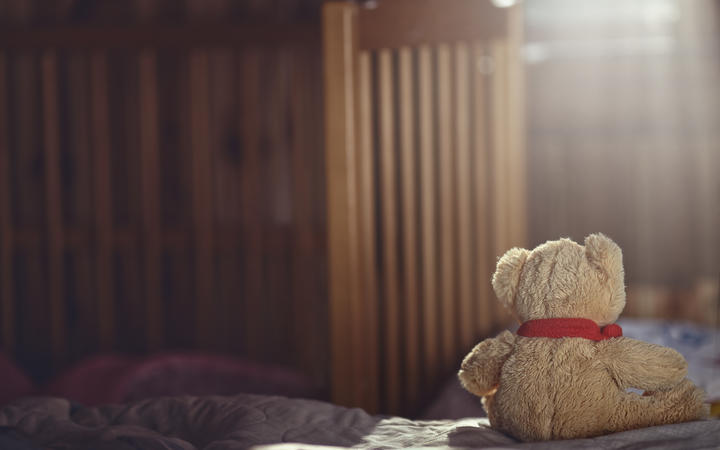 The latest report of the Perinatal and Maternity Mortality Review Committee said the stillbirth rate had reduced since 2007 for both Māori and New Zealand-European mothers.

One Indian mother, who did not want to be named, had lost two babies.

She gave birth to her first baby in a toilet at Wellington Hospital in 2008, when he was 17 weeks.

She said she was left sitting there for 30 minutes before anyone came to help.

"She (the nurse) came in a while later with our baby in one of those disposable foil oven roaster dishes, those really small sized ones.

"That was really difficult to see, like something your dinner would have come in ... and they bring you your baby."

She says she didn't know what to do next.

"He was perfectly formed, he was just so early, like you know, little fingers, little toes and everything.

"When we asked what we kinda do, they said the hospital could dispose of him for us.

"I couldn't put him in the fridge," she said.

All the support she was offered was a pamphlet about a support group in Auckland, the opposite end of the country.

She said if it wasn't for her family, who fronted more than $600 for a cemetery plot, she would have had no idea what to do.

The grieving mother also went to work and income to see what money she was eligible for.

Without the proof, "we weren't entitled to anything from Work and Income," she said.

She said her experience was completely different, the staff, midwives and nurses were kind, caring and considerate.

Her daughter was able to be buried in the same plot as her son.

The hardest part, she said, was knowing she needed counselling, but not being able to face the only service offered to her.

"The counselling would be in the area where the abortion clinic is.

"I'm totally not against making your own decisions and own choices, your body, your choice.

"But I just could not bring myself to go and get help and sit in a room where people were willingly making that decision to not continue a pregnancy when I'd been forced into it."

The woman said she found support from SANDS - the Stillbirth and New-born Death Support Group - a volunteer group which is run by bereaved parents.

Its chair, Melanie Tarrant, said the meager funding it received did not match the demand for its services with referrals from DHBs, social workers and the courts.

"There are inconsistencies in the bereavement care that parents receive, so if we could get a minimum standard of care for all bereaved parents that would be fantastic.

"There are SANDS groups around New Zealand but we are not in all places, so for example in Taranaki they've got a fantastic SANDS group and they do casting and support, but if you go down to Invercargill there isn't a SANDS group," Ms Tarrant said.

As a bereaved parent herself she identified with the struggles.

Ms Tarrant said she lost her daughter in 2011 just under 20 weeks, and a son a year later at 27 weeks, with a couple of miscarriages in-between.

She said while she could afford to go and get counselling, it was unfair others didn't always have the option.

The counselling "hand on my heart, saved my life, I think if I hadn't been able to do that I don't know potentially what I would have done to myself, because I was so devastated," she said.

Ms Tarrant said counselling should be part of that care plan and not dependent on where you live.

The chair of the Perinatal and Maternity Mortality Review Committee (PMMRC), Dr John Tait, was also calling for a national strategy including funding of specific maternal mental health services.

He was frustrated these had not been put in place already and said the Ministry of Health needed to start adopting the recommendations.

He said only 60 percent of the recommendations have been implemented.

In a statement, the Ministry of Health said it would adopt the report's recommendations, but it pointed the blame at the DHBs and said they were the ones who should be providing support to bereaved parents.

The ministry acknowledged there was more work to be done to ensure midwives were supported and services were available to meet the needs of whānau, women, and babies.