The Manawatū Gorge-Te Apiti region - hard hit by the closure of the gorge road two years ago due to slips - is now aiming to become a major tourist destination with cash from the Provincial Growth Fund. 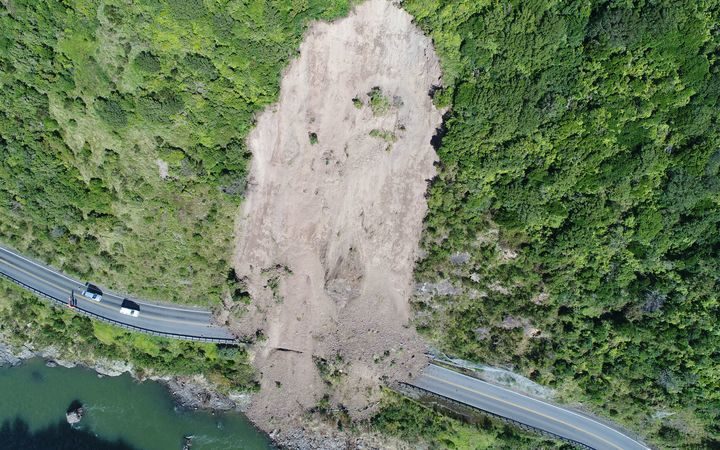 An aerial view of a slip in the gorge near Woodville in September 2017. Photo: Supplied / NZTA

A total of $200,000 is pegged for the development of a tourist trail between Woodville and Ashhurst showcasing Māori culture and a feasibility study by the Central Economic Development Agency (CEDA) on new tourism experiences.

The Under-Secretary for Regional Economic Development, Fletcher Tabuteau, who is visiting the area for the announcement, said the funding would help the region maximise tourism opportunities.

"The proposed tourist trail has the potential to showcase rich Māori culture through virtual reality. If realised, the project will be a great example of the use of old and new to tell the story of Māori gods and their place in te ao Māori.

"The funding for CEDA will help the region to scratch beneath the surface on some exciting tourism ideas, including activities relating to ecotourism, culture, education, as well as on-water experiences."

These investments would help revitalise towns like Woodville, which had suffered due to the gorge's history of closures due to slips, he said. 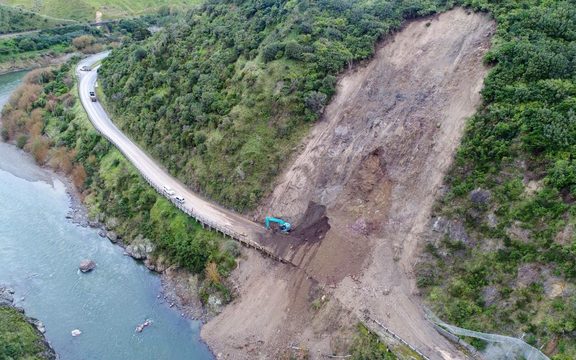 A slip in the gorge. Photo: NZTA

Slip-ravaged State Highway 3 through Manawatū Gorge has been closed since April 2017, since which time Saddle Road has been used as a temporary route to connect the East Coast to Palmerston North and the lower North Island.

The Transport Agency yesterday announced that Advance consortium - made made up of Fulton Hogan, HEB Construction Limited, Aurecon Limited and WSP-Opus - has won the tender to build the new $620 million road.

Full construction on Te Ahu a Turanga: Manawatū Tararua Highway is expected to get underway next year, with completion in 2024.