New Zealand's economic growth is "solid" and is forecast to remain close to trend, the International Monetary Fund says.

But growing concerns about the global economy have increased the "downside risks" to New Zealand's outlook, the IMF's annual review of New Zealand's economy found.

"New Zealand's economic expansion is still solid. Despite the loss of momentum in economic activity and a cooling in housing markets, output has remained close to potential, and the

unemployment rate has continued to decline.

"Downside risks to the growth outlook have increased, reflecting: higher global risks; prospects for a weaker fiscal impulse given recent implementation lags; and the housing market cooling and morphing into an actual downturn.

"The current account deficit widened to 3.8 percent of GDP in 2018, reflecting a decline in the terms of trade. The external position was weaker than implied by medium-term fundamentals

and policy settings, while the New Zealand dollar was moderately overvalued." 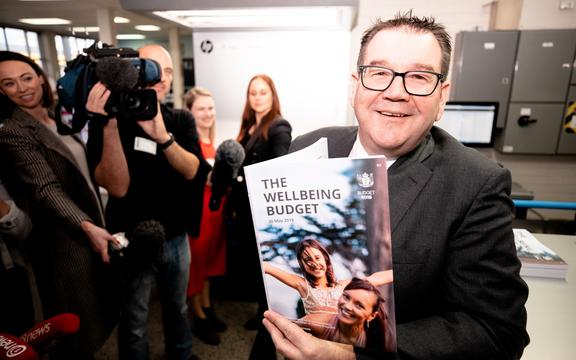 The IMF praised the government's Wellbeing Budget, saying it struck the right balance between fiscal prudence and tackling the priorities like mental health, child poverty and Māori and Pasifika aspirations.

Finance Minister Grant Robertson said the report confirms the economy has strong fundamentals and showed the country was doing well against a backdrop of global uncertainty.

"Unemployment is at an 11-year low, the economy is growing faster than the likes of Australia, the UK and the EU, and the government is running a surplus and keeping debt under control in case of a rainy day.

"It's refreshing to see the international view of New Zealand's economy is positive. Despite some who will always take the glass half empty approach, we're doing relatively well against a backdrop of global economic uncertainty," Mr Robertson said.

National Party finance spokesperson Paul Goldsmith said he didn't disagree with the IMF assessment but the government could be doing a lot more to ensure the economy's in much better shape.

"Attracting investment, investing in infrastructure, reducing costs for business - which is the opposite of what this government is doing, but also outlining economic policies that people can look at and be confident in," he said.

"The drop in business confidence is the real thing that's driving down the economy at the moment."