People are being asked to keep an eye on the sky for the country's favourite chunky wood pigeon after the sixth annual Great Kererū Count got underway on Friday. 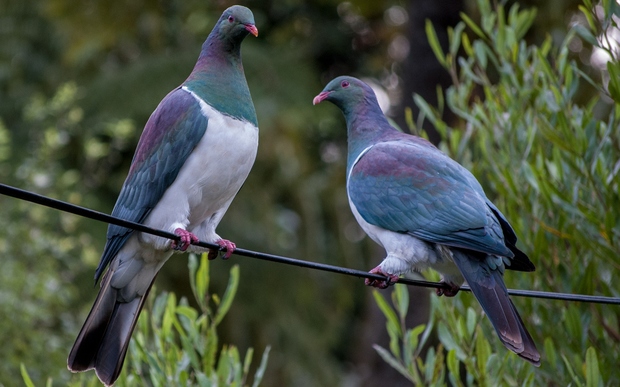 The citizen science project is aimed at helping scientists learn more about the kererū's behaviour. About 8000 sightings were logged on the Great Kereru Count website last year.

But now there's a push for people to do timed sightings, and report when they don't see kererū, as well.

Director of the Centre for Biodiversity & Restoration Ecology at Victoria University, Dr Stephen Hartley, said this year's count was especially important after a "mega mast" seeding event in autumn.

It caused forests to produce more fruit than usual, boosting populations of native birds, but also the pests like rats and stoats that threaten them.

Dr Harley said scientists were also interested to see if the mega mast had any effect on distribution.

"There's been some reports that kererū aren't turning up in quite the same numbers in some of their regular feeding haunts - places where they come down to feed on willow, or broom.

"They like to eat the buds at this time of year but maybe there's still some more fruit left in the forest so they're delaying coming out of the forest to these more visible sites," he said.

"Getting a better understanding of the impact of pests, pest control, and the importance of food sources for our much loved kererū is in the interest of all New Zealanders," he said.

Dr Hartley said daily updates on the project would be posted online, then it would take about three or four weeks to finalise numbers and analyse the trends.