Heritage New Zealand's Board Chair, Marian Hobbs, is thrilled at the reaction to news the government had purchased Kate Sheppard's former home in Christchurch for $4 million. 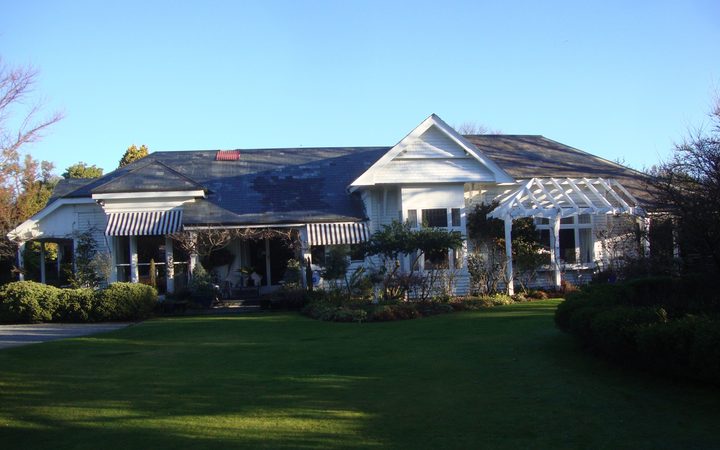 Ms Hobbs told guests at the house she was thrilled Canterbury was showing pride in one of its women.

"We get Kate and other wonderful suffrage women on the $10 note and the wonderful national memorial, here in Christchurch, to women's suffrage. But here, there's a physical connection. It is a building. You can actually imagine them sitting around the kitchen table. You can imagine them walking, over there, among these gorgeous gardens," she said.

The purchase earned a warm thank you from Christchurch Mayor Lianne Dalziel, who said the government had secured an "essential" slice of the country's history.

"We can all be proud of the leadership of Kate Sheppard and be inspired by the story that resonates in our city today. From her home, she can continue to inspire young women to be the change we want to see in the world, to take on global challenges - and to do so with tenacity and courage," she said.

The government has had its eye on the property since last October when it went up for auction and failed to sell.

But Minister for Greater Christchurch Regeneration Megan Woods was quick to defend the time taken to finalise the sale.

Exactly how the house might be renovated or refurnished is yet to be decided.

But Ms Hobbs said one part would be set aside for functions like weddings, some rooms would become academic spaces, and the most significant rooms would tell the story of Kate Sheppard and the social change she inspired.

Staff from the Christchurch Botanic Gardens will keep its acre of gardens in check, and Ms Hobbs hoped the home would retain enough of its original design that Ms Sheppard herself would recognise it if she was to ride up the gravel driveway on her bike.

Heritage New Zealand's deputy chief executive of operations, Nic Jackson, said it would be a bonus to reinstate some of Ms Sheppard's original furniture and belongings to the home - which were auctioned off when she left New Zealand.

"We're hoping that if anybody has any of the furniture that Kate Sheppard had, they might want to step forward as there's now a good place for that furniture to go," she said.

The University of Canterbury is also welcoming the opportunity to throw the gates of 83 Clyde Road open to future generations.

Chancellor Sue McCormack said it was fitting female leaders had united to protect the heritage site.

She said today was a poignant occasion, of which Kate herself might have been justly proud.