Wanaka mothers say maternity care needs action, not to be used as a political football. 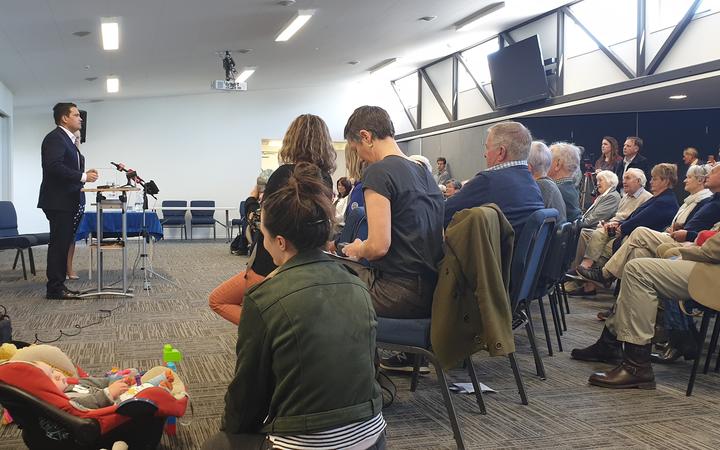 National leader Simon Bridges promised Wanaka will get a birthing unit if his party wins the next election. Photo: RNZ / Tess Brunton

Maternity care in Wanaka has come under increased scrutiny since June when a mother gave birth on an office floor.

There are only two midwives in Wanaka - women either give birth at home or travel up to three and a half hours for additional support.

It took Kimberley Davis two hours to drive from Wanaka to the nearest primary birthing unit due to snow.

"Sitting in the front seat of a car with my seat belt on while it was snowing at 11 o'clock in the evening, just waiting to get to a birthing unit was horrible and with every kilometre we drove, it became increasingly painful," Ms Davis said.

"It's not a reality that I think people are quite aware that women here face."

Earlier today, National leader Simon Bridges promised Wanaka will get a birthing unit if his party wins the next election.

He met with community members in Wanaka after more than five emergency births in the Southern district in a matter of months.

She gave birth to her son on an office floor four days before her planned birth at Dunedin Hospital.

"We've got two full LMCs and there are a predicted 220 births in this area this year so that puts them at 110 each," Ms James said.

"From a mother's standpoint, even though our midwives are incredible and they're amazing at what they do. There is always that question of is my midwife going to be available when I need her because she's looking after so many other women.

She was worried something would go wrong.

"It's just a matter of time, somebody's going to run into a sticky situation where they can't make it to the hospital and there's nobody to care for them and just hopefully nobody dies." 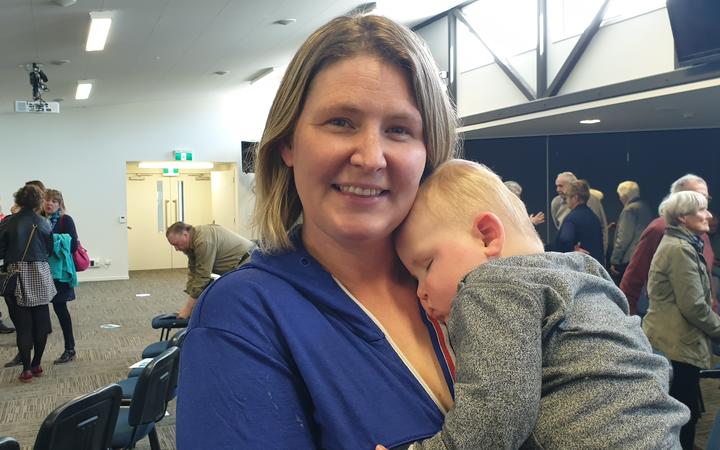 Wanaka mum Iona Bentley said driving to the nearest primary birthing unit or hospital could be daunting in winter.

For her first birth, she was driven the three-and-a-hour journey to Dunedin Hospital while having contractions every three to four minutes.

"Roads can be super icy. People go into labour at 2 o'clock in the morning in the middle of winter and they've got to then drive all the way down to Alexandra labouring in the car," Ms Bentley said.

"If you could have the birthing unit in Wanaka and take away that drive for people that don't have to go down to the hospital, it would be amazing."

The three mothers are part of the Save our Wanaka Midwives group, who say the Southern DHB have yet to name a date for a maternal and child hub to be opened in the district.

And she said midwives needed to be paid more.

"It just comes down for me to which just need to pay the midwives properly, if we paid them properly, then more would be working, and if more of them were working then the support level ... every body's sharing the workload."

Simon Bridges told the packed room a birthing unit would get a green light from him if National is elected next year.

"Our estimate is about a half a million dollar investment and then with the community, we will provide dollar-for-dollar for everything the community puts in and make sure that's a really top quality facility for young mums," he said.

That was something Kimberley Davis would welcome.

"We don't care who does it, what politician, what party, what DHB, we just want somebody to hear what mums all over New Zealand saying, to hear what midwives are saying and to actually make a real commitment and take real steps towards improving what is sort-of an unacceptable situation," she said.

Southern District Health Board chief executive Chris Fleming said it had yet to decide where more primary birthing units should go with support from the newly formed advisory group, the Central Lakes Locality Network.

"A primary birthing unit is suitable for non-complicated births and are normally recommended for around 30 percent of women," he said.

"There have been challenges maintaining rosters already with our primary birthing facilities in Alexandra and Lakes District Hospital, so introducing a further unit requiring full staffing may not be realistic.

"This is why we need a more robust conversations before determining a pathway forward."

But Kimberley Davis said mothers and midwives shouldn't have to wait for an election to see changes.