Pain relief was unavailable for the fourth birth in Lumsden since the town's maternity centre was downgraded, even as a Select Committee considered a petition for full birthing services. 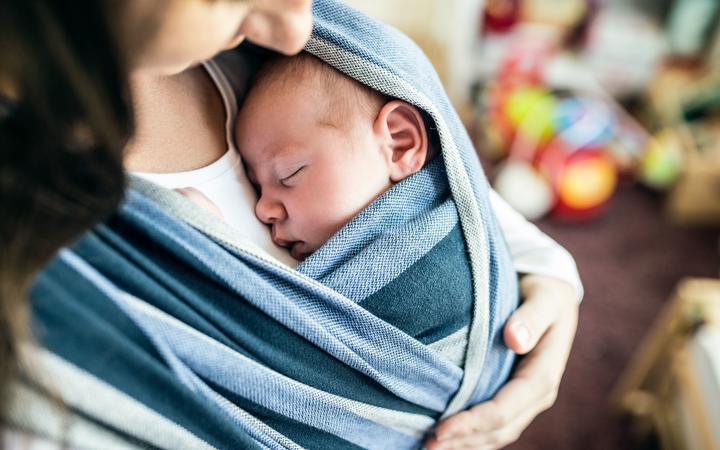 The Southern District Health Board decided in August to downgrade the Lumsden Maternity Centre to a hub without no full-time staffing, where babies are only delivered in emergencies.

Of the four such emergency births since then, two were unable to make it to the centre: one woman gave birth in a roadside ambulance, and another in the car park outside the hub.

The mother of the fourth baby had planned to give birth at a hospital more than an hour away in Invercargill, but today's birth was quick and the decision was made to go to Lumsden.

It was the first time both midwives were able to attend, and one - community midwife Nicky Pealing was not even on call.

Ms Pealing was called anyway, just after 11am, to provide backup for the birth. She arrived within 40 minutes. The baby was born little more than an hour after she was called - shortly after midday.

She said the nitrous oxide gas that had been available for mothers giving birth in Lumsden before the downgrade was no longer available.

"Since the DHB has taken over we haven't had access anymore. There was no pain relief for her really."

"Just when she arrived, she came into the birthing room ... sitting right next to the bed was a big tank, and she said 'oh my god, that's great. I've got gas', cos it was quite sore. But actually it was just oxygen."

The mother and child are well and are now at a primary birthing unit in Winton.

In the first six months of 2018, 15 women had their babies within 30 minutes of arriving at the former Lumsden Maternity Centre.

"They keep telling us we need to plan better and women need [to], you know, move earlier.

"This is what happens when you live a long way away from any unit you're trying to get to when you're having a baby. Having to move and drive for an hour and a half is just not funny," Ms Pealing said.

She was concerned midwives did not have backup.

However, Southern District Health Board chief executive Chris Fleming said in a statement maternal and child's hubs were not intended as planned places of birth.

"Southern DHB is a large geographic area, and some births do happen quickly. This is why we have reorganised maternity services across the district so we can increase the equipment and support for midwives in more locations, including establishing hubs in Te Anau and Wanaka where there was previously no formal maternity infrastructure," Mr Fleming said.

"This means there are now more locations across Otago and Southland where rapid births can be better supported.

"We note there have been a number of unplanned births that have required this emergency base in recent weeks and will be looking at this more closely."

Petition being considered when fourth baby was being born

The Southern DHB's decision to downgrade the centre may be investigated following a petition submitted to the Health Select Committee.

Clutha-Southland MP Hamish Walker said his petition was being deliberated as the fourth baby was born.

"While no report was signed off today by the committee, this is further reason as to why the Lumsden Maternity Centre needs to be a primary birthing unit," Mr Walker said.

"It is time the government steps up for the safety of rural mothers and babies in Southland."

The committee has delayed its decision until the committee next meets at the end of July.