The levels of acidity in the ocean could increase by 116 percent if carbon emissions aren't drastically reduced, according to a new report.

Worldwide, oceans absorb 93 percent of the heat in the atmosphere and a third of all CO2 emissions. Photo: Unsplash / Alister Hitchcock

The report, released by Forest and Bird, showed increased levels of acidity could have a significant impact on the oceans' ecosystems.

Worldwide, oceans absorb 93 percent of the heat in the atmosphere and a third of all CO2 emissions.

When CO2 is absorbed by the ocean, it creates carbonic acid, causing levels of acidity in the oceans to rise.

Levels of acidity have already risen by 26 percent since pre-industrial times.

The consequence of rising acidity is a decline in calcium carbonate, which is necessary for shellfish, corals and other organisms to form their structures.

Head of the Marine Science Department at the University of Otago, professor Abby Smith, said: "What starts to happen is you have whole ecosystems that are feeling effects of acidification.

"It's not a thing like everything in the sea will die, what it is, is there will be winners and there will be losers, and whole ecosystems will change because of who the losers are."

The losers are those at the bottom of the food chain - the phytoplankton, seaweeds, and other types of algae.

Forest and Bird chief conservation advisor Kevin Hackwell said the effects on those species would be felt by all ocean life. 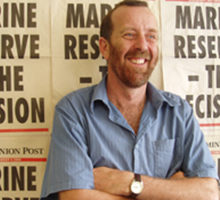 "Taking phytoplankton, they're not doing as well, they get eaten by zooplankton. And our biggest animal, the blue whale - it's feeding on these really low levels of the food chain.

"Fish, seabirds, all [will be] impacted in various ways by having the bottom of the chain affected by carbon."

Professor Smith said acidification joined a raft of other issues facing the oceans, such as rising temperatures, more plastic than fish, and mass fish movements.

"In a worst case scenario where we don't control CO2 emissions, we could be looking at a sea that is dramatically different from what we expect today.

"And we're looking at ocean acidification that is perhaps eradicating shells. It's really looking very rough for the ocean at the moment."

Recommendations for the government and industries

Beyond calling for a rapid reduction in CO2 emissions, it also wanted ocean acidification to be included in climate change legislation, as well as for the government to extend Marine Protected Areas to 30 percent of New Zealand's waters.

The government released its aquaculture policy on Wednesday, with plans to turn it into a $3bn industry within 15 years.

But Mr Hackwell also said the fishing and aquaculture industries need to be more vocal.

"Fishing and aquaculture should be talking to select committees demanding the government act on climate change.

"They should be major advocates, in their own self-interest. They should join the conservation movement." 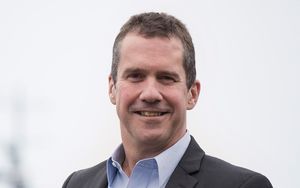 "We were probably the first seafood company out there, and with that I mean internationally, that has determined that climate change is our number one enterprise risk.

But Mr Kuntzsch said industry level organisations were hamstrung by having to represent all companies' positions.

"Activity is mostly driven by individual companies," he said. "It is a very complex topic.

"As an industry association, bodies like Seafood New Zealand would find it very difficult to embark on activity that would expand the whole industry because our activities do differ quite a bit."

"Seafood industries concerned about climate change and the effects that that might have on the marine environment," he said.

"Comparatively speaking, the seafood industry is a low carbon emitter. A lot of energy efficiency programmes are underway on vessels at sea and at factories and processing facilities around the country.

"So we're very cognisant of trying to minimise our waste, and our carbon emissions."