The government has announced a plan to turn aquaculture into a $3 billion industry within 15 years. 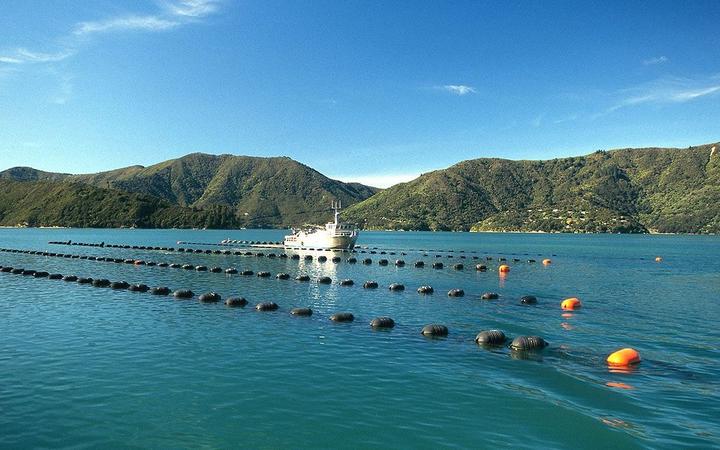 Fisheries Minister Stuart Nash says a new strategy aims to maximise the value of the existing inshore farm footprint and to enable the industry to extend into the open ocean. Photo: PHOTO NZ

The industry currently has annual sales of around $600 million, and Mr Nash said the goal to reach $3b in sales was ambitious, but achievable.

Mr Nash told the conference that last year he was criticised for releasing a plan that was light on detail, but this year the new strategy sets a clear pathway for reaching that goal.

"We will work with the industry at a central government level to make sure that any barrier that we can help overcome, that we do.

"I think that what was missing before now, was an outline or a guide to the role government will play."

Mr Nash said the strategy aimed to maximise the performance and value of the existing inshore farm footprint and to enable the industry to extend into the open ocean.

Alongside the $3b goal, the New Zealand Aquaculture Strategy also focused efforts on building resilience to environmental change, and supporting the development and adoption of new technologies and practices to reduce the industry's contribution to waste and emissions.

"This is about outlining where we see the aquaculture industry going, it's about outlining a plan and key themes around the industry, and about understanding that we need to work together and what that will look like," Mr Nash said.

He said the government understood there were challenges, as much as there was opportunity. He said along with the strategy's aim to achieve better sustainability, better transparency was needed.

"It has to have a degree of integrity so we get that social licence with the aquaculture industry, which is really important.

"The inshore farms...they haven't outgrown their usefulness but the real potential in this industry certainly is offshore." 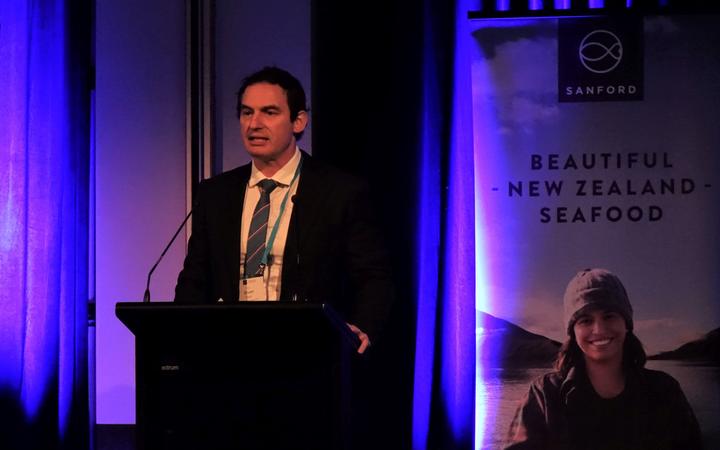 Stuart Nash says the government wants to support the development of new technologies and practices to reduce the industry's contribution to waste and emissions. Photo: RNZ /Tracy Neal

Mr Nash said "sustainability" was a word bandied around a lot, but it was a word vital to New Zealand's global brand.

He said there were tangible steps towards achieving the strategy's goals, including biosecurity work currently underway, and investment in research and development on offshore farming.

"We know this is where the real potential lies. There is the R&D tax credit which isn't specific to aquaculture but I think it will help drive a lot of research and development in a way that hasn't been driven before."

Mr Nash said Fisheries New Zealand had done a lot of work to understand the industry and to help grow a lot of the partnerships needed.

"We can work with local government to overcome a lot of the regulatory barriers. Our National Environmental Standards will provide a lot more certainty.

"My vision for how we work together is government not as a barrier to progress, but as an enabler of progress and growth."

Mr Nash was challenged on what the government intended to do around industry training, now that there were plans to set 16 institutes of technology and polytechnics under a single national campus.

The industry said at today's conference growth would rely on trained staff, of whom there were already too few.

Mr Nash said growth in aquaculture would drive the ability of training institutions to react to local needs.

He said the Nelson-Marlborough Institute of Technology, which was a major provider of aquaculture training and was among the 16 institutes included in the plan to create a single campus, had no reason to be concerned.

"I think this will allow Nelson (Marlborough) polytech to be a lot more reactive and proactive to the regional skills needs."

Mr Nash said aquaculture was in several regions around the country where there was high deprivation, and there was scope to create more jobs beyond the 3000 currently employed in the industry nationwide.