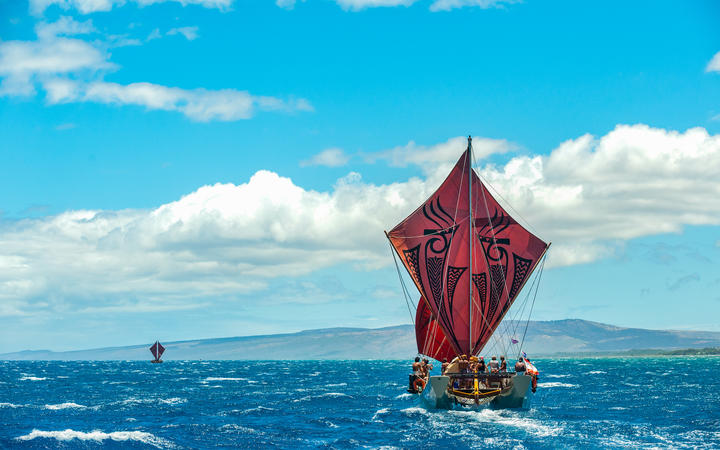 The Tahitian double-hulled canoe, Fa'afaite, has made it to New Zealand in just over three weeks. Photo: Tahiti Voyaging Society

"Not only have these voyagers just completed an almost month-long journey across Te Moananui a Kiwa, the Pacific Ocean, guided by the position of the stars, moon and sun as well as other signs in nature like swells and winds, but the crew spent months preparing for this," she said.

The Fa'afaite crew, who left Tahiti on 20 August, will participate in the Tuia 250 Voyage around Aotearoa New Zealand from October to December this year.

"They bring the mana of their tūpuna, Tupaia, who represents the skill and knowledge of Pacific voyagers and was pivotal in communicating with tangata whenua during the first onshore encounters with Pākehā in 1769.

"The Tuia 250 national commemoration highlights the stories of Tupaia which have often been overshadowed in our history by the feats of James Cook," Ms Cavanagh said.

Tupaia was a Tahitian Polynesian navigator who helped the Endeavour sail to Aotearoa in 1769.

An Auckland Museum exhibition, Tupaia and the Endeavour, and a screening of a feature-length documentary film, Tupaia's Endeavour, are also planned.

More than 300 people from Tahiti are expected to attend the Tuia 250 events happening around New Zealand next month to mark 250 years since Captain James Cook landed in Aotearoa. 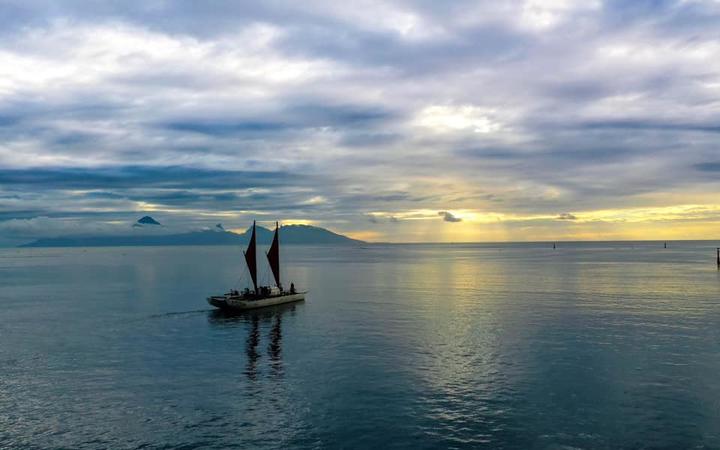 Tuia 250 Voyage Flotilla kaitiaki Jack Thatcher said the journey of Fa'afaite proved the extraordinary capability and courage of Pacific voyagers who found and settled Aotearoa many generations ago.

Mr Thatcher was responsible for receiving daily reports from the crew as the vessel sailed 4300 kilometres across the open ocean.

The voyage was a first for Moeata Galenon and Titaua Teipoarii as trainee navigators, supported by Ngāti Kahungunu master navigator Piripi Smith, after months of preparation.

The voyage was captained by 26-year-old India Tabellini, the first time she has held this senior role on such a substantial journey.

"The crew have done an amazing job, holding their course accurately and expertly, whilst Tawhirimatea and Tangaroa challenged them unceasingly once they came into the Southern Pacific Ocean," Mr Thatcher said.

"The strong winds, cloudy, rainy days and nights constantly assailing them would have been daunting even under normal circumstances. Moeata and Titaua however were navigating traditionally without instruments much like how their tūpuna, ancestors, would have done.

"They were constantly searching for the signs in their ocean environment that enabled them to pull their fish from the sea just like Maui did."