More than a third of the exposed sewerage pipes criss-crossing New Plymouth streams and rivers have failed a risk assessment measuring the threat of them discharging raw sewage into the waterways, killing aquatic life and posing a risk to human health. 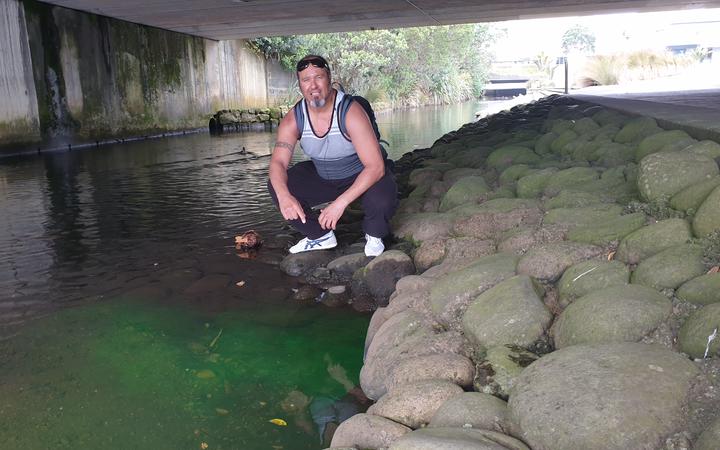 Aaron Tainui at the site of a luminous green discharge into the Huatoki Stream. Photo: RNZ / Robin Martin

Four of the exposed pipes - busy shifting their share of up to 800 litres per second of raw sewage - have a risk assessment score of little more than 30 out of a 100.

Last year the effect of ex-cyclone Gita gave New Plymouth a stern warning about the dangers of exposed pipes when a falling tree knocked out 25 percent of the city's drinking water and forced 80,000 people to boil water for days on end.

Just three pipes are considered in good condition and two are deemed poor, but just one pipe is scheduled to be replaced inside the next 10 years.

A further four pipes go under the waterways - including one which accumulates all of the city's sewage - and could not be inspected.

Taranaki Regional Council iwi representative and freshwater ecologist, Emily Bailey, said the consequences of a sewerage pipe rupturing in a storm event did not bear thinking about.

"Oh it would be horrific really. It's disgusting to picture what it would look like and the effects it would have on all the insects and fish and further down on the reef.

"And all that would wash down the coast. It would devastate everything and I don't know how long for that to clean up.

"And the mauri of the place for Māori would just be ruined for many years."

Ms Bailey said the council had been repeatedly warned about taking pipes over streams and rivers.

"I mean we're seeing all these massive wild fires in places like Alaska and we're seeing death of glaciers in Iceland. These things are happening fast and we need to get a move on."

Ms Bailey said the council should look to a more decentralised system where residents take more responsibility for their own water and waste.

Neil Holdom said the public's perception of what was acceptable had changed. Photo: RNZ / Robin Martin

New Plymouth mayor Neil Holdom however was not too concerned.

"Well if you look at the performance of the network it's actually performing really well and if you look at the risk of those pipes that are criss-crossing the Te Henui and Huatoki streams it's the same risk that was sitting there when they were put in brand new 50, 60, 70 years ago."

Mr Holdom said only 40 years ago raw sewage was pumped out to sea, but what had changed was the public's perception of what was acceptable.

He said the exposed pipes could be the least of the council's concerns. He was more worried about sewerage mains.

"You know the biggest risk is having one of our high-volume sewer mains broken at one of our waterways and a prolonged outage where we tip raw effluent into a river or out to the coast, because we've got a number of those."

Mr Holdom said $44 million of extra funding had been incorporated into the council's long-term plan after Cyclone Gita to improve the resilience of the city's pipe network, but improvements would take decades.

Local residents had mixed views on whether the exposed pipes were a problem.

Adam Thame thought they were a worry.

"Yeah well it is a concern but it's symptomatic of all the pipe work in Taranaki. It is concerning but it's not surprising because our infrastructure is very old and needs updating." 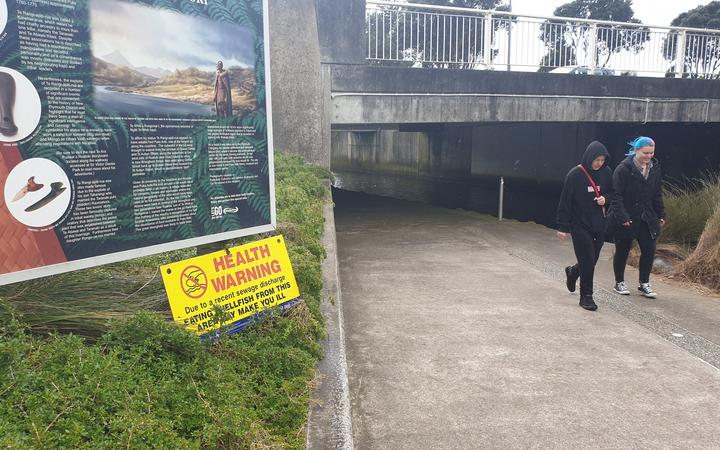 "Look how old those pipes are. When were they built? They don't tell us that."

Issam thought it was a matter of balance.

"To be fair, some times you need to take the risk when you compare the cost of doing something else."

There have been 125 sewage discharges in New Plymouth over the last five years - a figure that has decreased year on year.

In January, 1.5 million litres of raw sewage was discharge into the Mangati Stream in Bell Block after a fault at a pump station, killing fish and eels.

The council may yet face legal action over this spill. 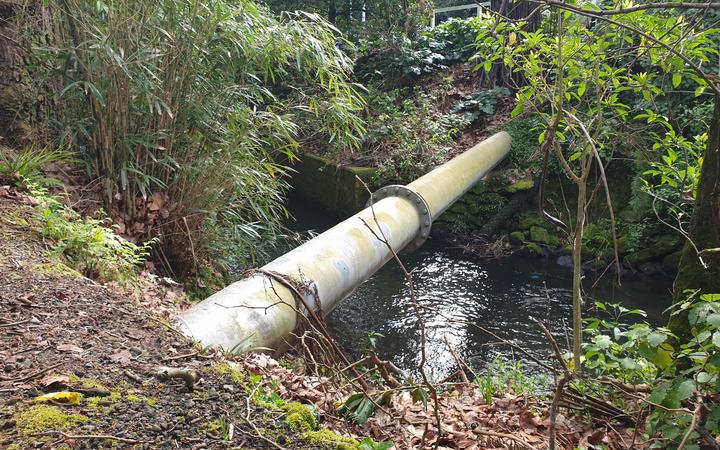