Residents of Bell Block in New Plymouth are outraged after a 1.5m litre sewage spill from a council pumping station left the Mangati Stream running white and killed dozens of fish and eels. 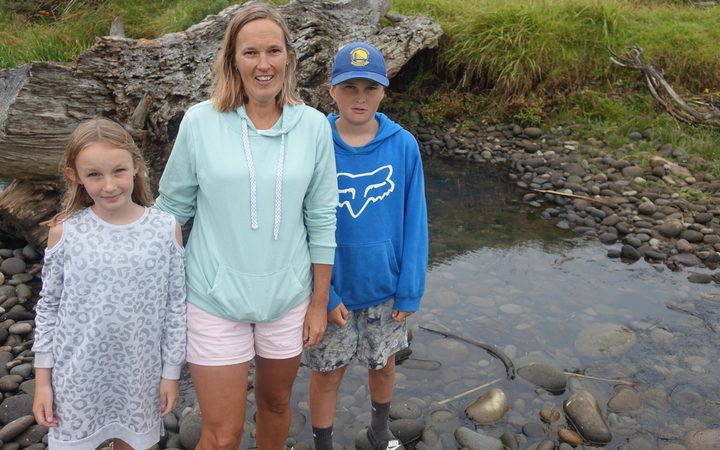 Despite happening last week, the council had not told the public of the spill via its website, social media platforms or briefed the news media.

It has erected signs and changed a local water quality indicator to "red alert" status - warning people not to swim or gather shellfish.

There have been six similar spills in the stream over the past five years.

Kim Sowman said her 11-year-old son Luke returned home distraught after going to feed eels in the Mangati Stream last Wednesday only to discover more than 20 dead fish and eels in or near the water.

The pool at the stream mouth was a favourite playground for local children and normally teeming with aquatic life, Mrs Sowman said.

"Luke was a little bit distressed because he's a little bit of a nature lover and he came home and just said there were heaps of dead fish on the side of the stream. Lots of cockabullies and he's found a little baby eel there that he tried to rescue by putting it in some fresher water."

Mrs Sowman returned to the stream with Luke the next morning. She was horrified to think her boy had been playing in the water.

"We jumped in the car and came down and we could find a few [dead fish] but I suspect the seagulls probably took lots of them, but there were definitely a few fish and like all the rocks were a black colour and the colour of the water just doesn't seem right. It doesn't look healthy. It all seems to be this bluey grey colour. It doesn't normally look like this."

Luke was still feeling cut up about the experience. "It's pretty stink because normally there's heaps of alive fish in there and when I saw all them dead it was kinda sad."

A local man Bob, who did not want to give his surname, said he saw the stream shortly after the spill, which the New Plymouth District Council believed occurred overnight on 21 January.

"I saw a few days ago, I don't exactly remember when, there was a spillage in the stream from I think it was the pumping station and the stream more or less went from grey to white like a milk tanker had emptied its tank in there."

In a statement, the Taranaki Regional Council compliance manager Bruce Pope said it had been been responding to "a significant discharge from a New Plymouth District Council sewage pumping station on the Mangati Stream".

"A clean-up has been undertaken by the New Plymouth District Council. The Taranaki Regional Council's investigations are continuing and the public should follow the advice of any signage at the stream," Mr Pope said.

But there was no news of the spill on the regional council website or on its social media channels.

"New Plymouth District Council has a contingency plan for its wastewater operations under which it is responsible for public notification, including public health, and any news media statements or public health notices regarding such incidents."

Via email, the district council's chief operating officer Kelvin Wright apologised for the spill and "any inconvenience" it caused. Mr Wright said operations had now resumed but for public safety no shellfish gathering was allowed in the area for 28 days.

"We take this matter very seriously. Hapū and the regulator have been informed and we're continuing to investigate the incident."

But no media release was issued, there was no news of the spill on its website's news pages, or its "Can I swim page?" or its Facebook page.

That did not wash with Glen Skipper, who was on the board of the Ngāti Tawhirikura hapū and a member of Puketapu hapū, which shared a common border at the Mangati Stream.

He said spillages were a common occurrence. "We're getting regular notifications from the regional council and the local council around spillages and contamination events, but the whole thing turning white? Dead eels and fish? It's 2019, that's just crazy." 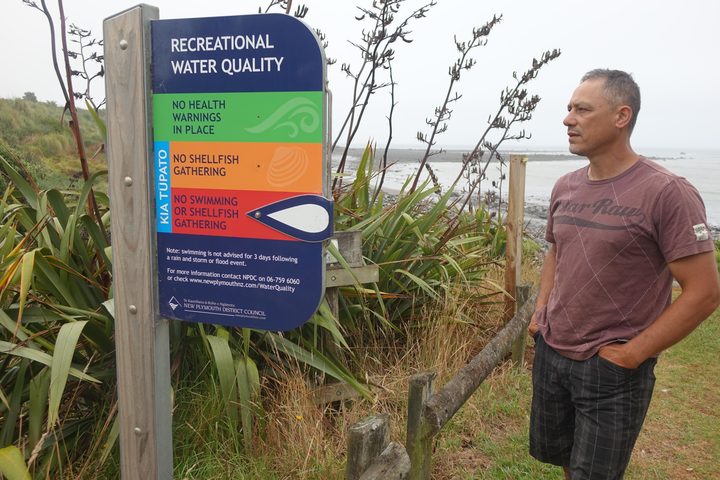 Mr Skipper said it was time the regional council put its foot down and demanded a permanent fix.

The regional council said none of the sewage infrastructure incidents involving the Mangati Stream over the past five years had resulted in enforcement action against the district council.