North Island pine forests are prolonging the life of methane in the local atmosphere by as much as three years, climate researcher Jim Salinger says. 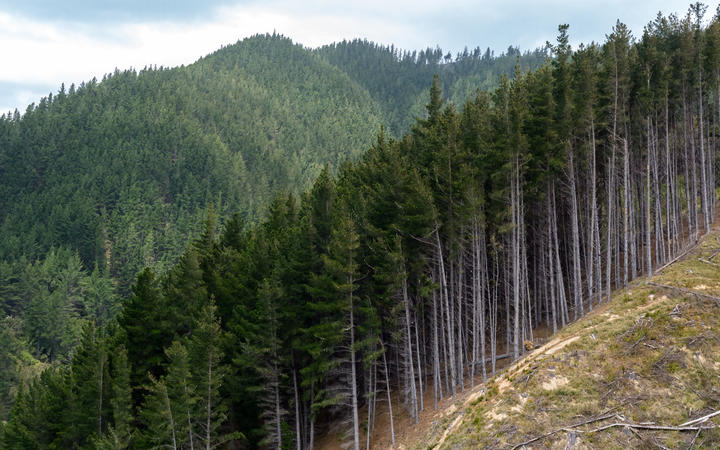 Dr Salinger said new computer modelling showed New Zealand had underestimated the impact of methane in its greenhouse gas emissions and would need to set tougher targets for methane reduction.

The modelling showed compounds called monoterpenes emitted by pine plantations in the North Island were extending the life of methane in the New Zealand atmosphere from 12.5 years to 15 years.

"The extra monoterpene emissions from our pine forests, they augment the lifetime of methane ... by probably in the order of two to three years," he told RNZ.

"Given that our methane impact on the atmosphere is higher than we perceived, we need in terms of targets to raise the target to say 20 percent methane reduction by 2030 and at the upper end of the proposed range by 2050 because we're going to get more bang for the buck for reduction of methane than carbon dioxide."

Dr Salinger said the research showed there was collateral damage from any attempts to plant pine trees en masse in order to mitigate global warming.

He said native New Zealand trees did not release as much monoterpenes as pine trees.

Dr Salinger said the study was the first time the effect of monoterpenes in the North Island had been modelled.

He said the study was conducted by researchers at the Univesity of Florence, Penn State University, and the University of Oklahoma.

Dr Salinger said monoterpene levels in the New Zeland atmosphere were estimated based on observations made over pine forests in other countries.

He said the research was important for New Zealand because of the relatively high contribution of methane to the country's greenhouse gas emissions.