The forestry industry has been told to rely on growing trees to capture carbon dioxide, rather than cutting them for timber, to earn money from forests on steep hillsides. 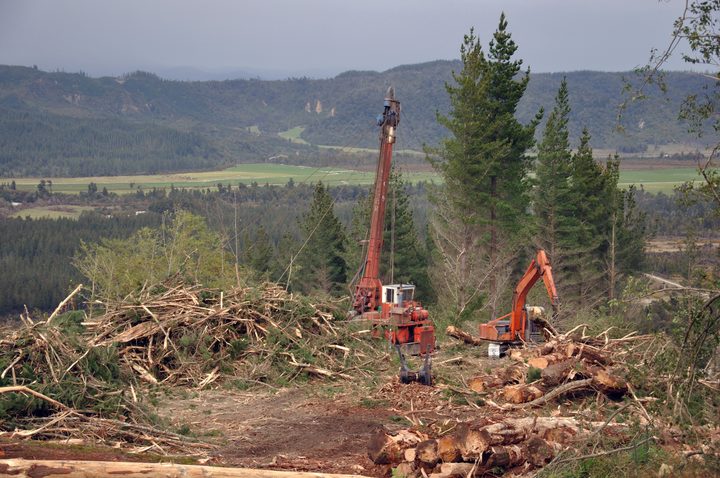 But the industry says it's uneconomic, as profits will drop.

The Ministry for Primary Industries (MPI) has made the recommendation following controversy over the dangers of harvesting timber on steep slopes.

Four people have been killed so far this year in forestry accidents, the latest in hill country near Nelson.

WorkSafe said trees like radiata pine may have to be banned from steep hillsides, as cutting them down could be dangerous for workers. Instead, hillsides could be left bare after harvesting.

Foresters could also incur a huge financial penalty under climate change legislation if they did not replant.

Mr Weir wrote to MPI asking for an exemption to deforestation penalties when trees were not replanted on steep slopes.

But in response, the ministry said it didn't think a blanket exemption was the solution.

This would mean forestry companies would profit from the tree growing and absorbing carbon dioxide, rather than from selling timber.

However, the forestry industry said current prices were too low, so growing trees for carbon sequestration was completely uneconomic.