Thirteen huge pine trees that Auckland Council wants removed urgently have been given a stay of execution after outrage from locals and tree campaigners. 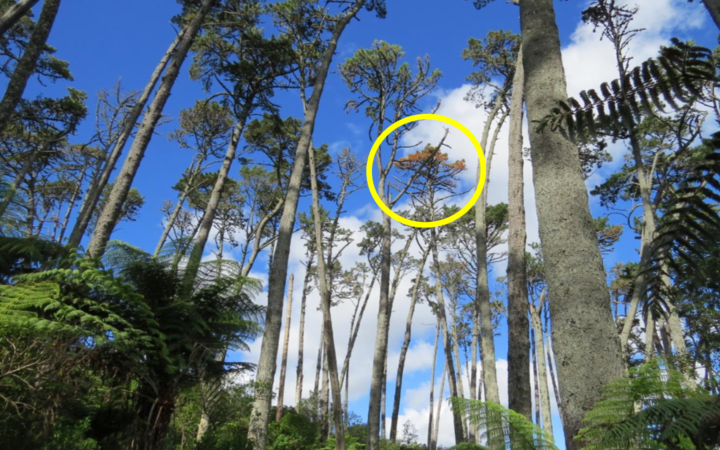 The council notified residents on West View Drive in Western Springs last week that the removal work would start today.

The pines are part of a group of 200 that the council had applied to remove last year.

So locals said they were shocked and confused when they received a notice last week that 13 trees had to be felled urgently and residents needed to evacuate their homes while the work was happening this week.

West View Drive resident Deborah Manning said they expected the tree felling to be dealt with through the proper consenting channels because this was an important area.

"This is a really special piece of ecology in Auckland just behind Western Springs lake. An urban forest of significant ecological import," Ms Manning said.

"And so it's really important before you interfere with the ecology that everybody is clear about what the impact is going to be, what we're going to do, how and why."

She said the council was due to answer questions from the planning commissioners about the consent on Friday and no mention had been made previously about the 13 dangerous trees.

After receiving the notice from the council, Ms Manning spent six hours on the phone last Friday trying to find out what was going on.

She was told the pines were being felled under emergency powers that bypass the resource consent process.

"The Auckland Council is acting as though the law doesn't apply to it. We were engaged in a process under the Resource Management Act.

"They had obligations to respond to that this week and instead of responding to the commissioners, they decided to bring the diggers in instead."

The residents received support from the Tree Council and Waitemata and Gulf Ward Councillor Mike Lee. 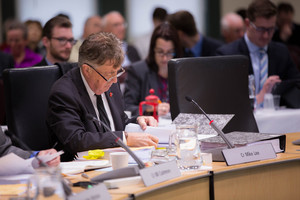 Mr Lee said even if the trees needed to be removed, there were proper processes to follow.

"What I'm really concerned about is the council completely overstepping the mark, ordering people out of their homes in order to cut down these trees under the guise of some sort of emergency before they have resource consent.

"I think that's getting close to some sort of abuse of power."

Mr Lee wrote to the chief executive of Auckland Council this morning asking him to cease the operation.

The acting head of operational management and maintenance at the council, Simon Randall, said the work would be halted for 24 hours but would continue on Wednesday.

He said concerns about the 13 trees were flagged up in November by one resident and an investigation found the trees were dangerous.

"The evidence that we have gathered from our arborist and independent arborist is that these are in a dead and dying state.

"And because of the level of deterioration and state that these trees are in we believe that they pose a risk," he said.

But Ms Manning disputed that and said there was no immediate risk and proper processes should be followed.

She said a 24-hour pause was not enough time for a proper consultation with residents and they would be taking further action.