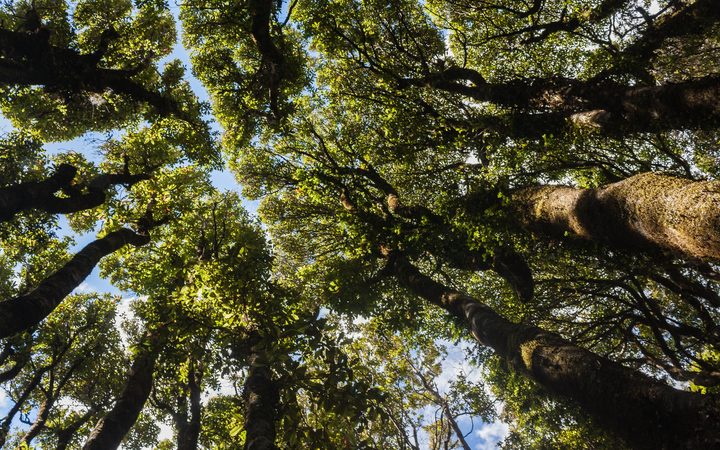 The government has allocated $120 million in grants to landowners to plant trees on their properties, and wants two-thirds of those planted to be natives.

Forestry New Zealand figures show in the first year, of the 91m trees planted, only 12 percent were native.

The figures are estimates based on the sale and distribution of exotic and native tree seedlings.

Dr Salinger said that ideally 90 percent of the trees planted would be native species as they store more carbon.

"The ratio of storage to carbon between natural forests and plantations like pine trees is 40:1 - so there's a huge difference. The reason being is with plantation forests, if you're going to grow radiata pine, they'll capture carbon for the first cropping cycle but then it gets harvested and it ends up as pulp and paper and ends up back in the atmosphere.

"So I'm afraid Shane Jones' idea of planting a billion trees, well, it might be good for three decades but then the carbon gets back into the atmosphere."

Pine forests also absorb hydroxyl radicals, or methane busters, which have the side effect of prolonging the lifetime of methane in the atmosphere, Dr Salinger said.

However, the Forestry Minister said the government remained committed to planting as many native trees as possible to reduce carbon emissions, and its target for the billion trees programme was that two-thirds would be natives.

It was a lot cheaper to plant a pine, he said.

However, Dr Salinger said in the first year of the programme only 12 percent were native.

He said pine forests stored far less carbon because their lifespan was shorter, as they were harvested after a few decades.

Mr Jones told Morning Report: "Listeners should be aware that this is an expensive exercise. This is a 10-year programme and there is no doubt in my mind as we ramp up we will see more and more natives.

"Look, I think Mr Salinger hasn't understood the grant scheme but I respect the fact that he is a leading identity he has been around talking about climate change issues for a long time.

"Everyone who plants a pine tree that's in the business of the [Emissions Trading Scheme] must replant. The vast majority of the trees that are pine plantations are being replanted ... sure there is a point where you do cut down the trees but they are immediately replanted.

"Over the lifetime of a plantation forest that may go on for hundreds of years you may settle on an average figure, things don't just fall of the edge of the cliff. I just think that Jim has been unnecessarily alarmist and he needs to bear in mind if you want to take Kiwis with you on the climate change journey, you can't rely on shrill voices."