Port Taranaki and Dunedin Airport have confirmed how much of the banned firefighting foam they are trying to dispose of. 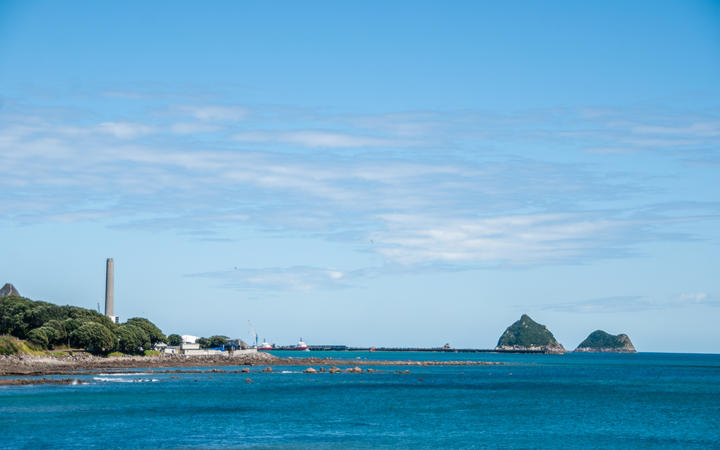 The Environmental Protection Authority (EPA) revealed to RNZ yesterday it was working with the port and airport after foam - which was banned 13 years ago - was discovered there.

Responding to questioning today, Port Taranaki revealed it was dealing with 1300 litres of the PFOS-containing firefighting foam concentrate.

"The foam containing PFOS, which has been maintained only for the use of fighting fires, has never been used," port chief executive Guy Roper said in a statement.

Most of it - 1100 litres - was in a tank on board a tug boat, and the rest was onshore waiting to be disposed of, he said.

They were working with the Environmental Protection Authority to dispose of it safely.

The port is one of at least eight sites in Taranaki where PFOS (perfluorooctane sulphonate) foam was stored or used for years despite the 2006 ban, and has in some cases contaminated groundwater and streams.

Mr Roper said the port had taken its responsibilities for containing and removing the foam seriously.

Dunedin Airport said it also dealing with the banned foam, but in much smaller amounts.

It found residues at "very low levels" inside tanks on two of its fire trucks it had acquired secondhand from the Air Force.

The airport said there was no evidence it had been using the foam product itself, and it was working out how to clean the tanks and dispose of any contaminated product.

The chemicals in the foam last thousands of years and have been linked to damage to human health. The US and Australia have multiple investigations and legal actions under way over foam contamination.

EPA's year-long investigation has found it at about a dozen other sites.