The Environmental Protection Authority won't be prosecuting anyone found with the banned firefighting foam despite an investigation revealing several companies with it.

The EPA today released the results of its nationwide investigation into foam containing toxic PFOS and PFOA, dubbed "forever chemicals" as they are long-lasting and accumulate in people's livers.

It looked at 166 sites and found foam stocks at 13 of them, mostly at airports and petrochemical plants.

It was "surprising" to find any foam concentrate at all, given it was banned in 2006 in New Zealand, EPA chief executive Allan Freeth said.

"I don't think we've taken a softly-softly approach," he said.

"It came down to, was there deliberate and wilful breaching of the Act? We found no indication that there was.

"There was ignorance, that is certainly true."

The approach instead aimed at getting the foams out of the environment and ensuring total cooperation, he said.

The EPA investigation report says that from the time of the ban in 2006 and further tightening in 2011, "ignorance was no defence, especially in the professional firefighting sectors".

The evidential test for a prosecution was met; but the EPA "did not consider it in the public interest to pursue prosecution". 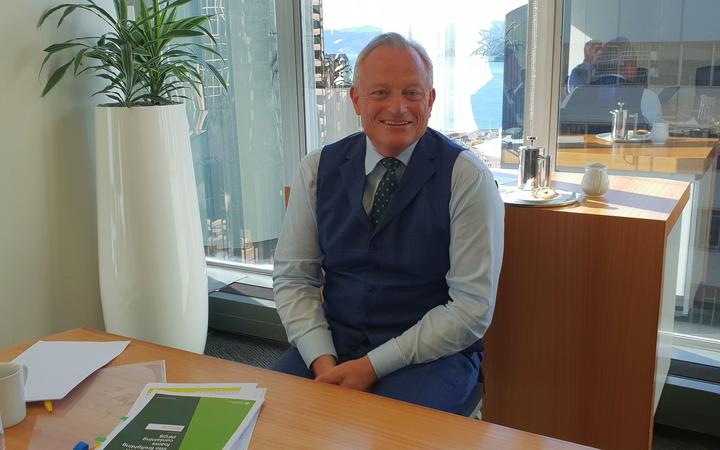 The EPA had no power to prosecute under the Hazardous Substances laws until December 2017; before that, this was under Worksafe and before that the Department of Labour.

"It's hard to put blame on other agencies," Dr Freeth said today.

"You have to be pragmatic about it, these foams are hard to destroy."

The port order "addressed their reluctance to face the issue," the EPA said.

It found 2000 litres of banned foam concentrate - enough to make at least 36,000 litres of foam itself - on the tug Purau at the port.

"We still had the foam post-2006 because we were not aware of the exact nature of it and that it was banned," port company Environment Manager Kim Kelleher said in a statement to RNZ.

The tug was not used for firefighting since the late 1990s and the port did not believe it had used any of the foam since around then.

"It only came to light when we did a stocktake of what we may have after the EPA national investigation began" in December 2017.

It now had an EPA-approved management plan to get rid of the foam. It had done a lot of work on this but was looking at maybe selling the tug, when the compliance notice was issued, Ms Kelleher said.

Banned foam was also found in small quantities at TRS agricultural tyre company in Whanganui, at Kāpiti and the Chatham Islands airports, and on a ship run by Marine Services Auckland.

The largest find of foam concentrate was 19,000 litres at Shell oil's Omata tank farm near New Plymouth. All up, Shell had almost 24,000 litres of concentrate at its Taranaki sites. It only began removing this last August.

"In all instances where PFOS firefighting foam was identified, our investigation found no evidence that anyone had imported it after 2006," the EPA said.

The EPA investigation also found traces of PFOS contamination in tanks and fire trucks, probably due to these not being decontaminated years ago, such as in large tanks at Auckland Airport.

The investigation had not found all the foam stocks nationwide but probably most of them, the EPA said.

The report, for instance, does not list PFOS foam stored by Methanex in Taranaki, though it admitted this to RNZ in February.

Most contamination of water and soil by the foam has so far been found near New Zealand Defence Force's air and naval bases.

While NZDF has conducted $8 million worth of lab testing for contamination, the EPA is not doing any, as this is not part of its remit; any such testing, or clean up, and the associated costs, now fall under law to regional councils.

In Manawatu, the regional and district councils have been agitating for more central government help for this, and to provide clean water to households around the contaminated Ohakea airbase.

The foam concentrate is being sent overseas for destruction as New Zealand has no facilities to do this, and contaminated tanks are being washed out, and where the water is at low enough concentration that is put into council trade waste systems.