Pressure is mounting on Auckland ferry company Fullers to hand over control of its operations to the council after a fraught few weeks. 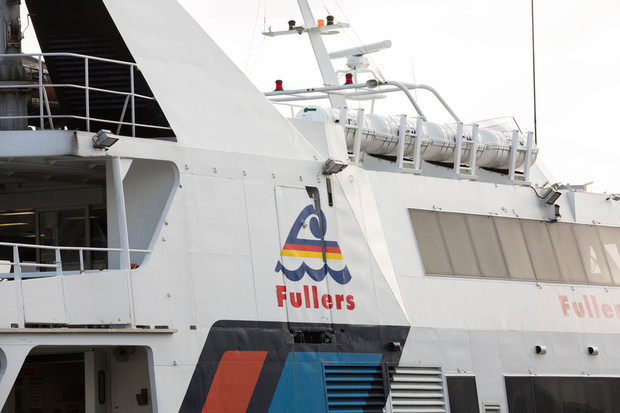 Yesterday, hundreds of passengers were left stranded in Devonport after a vessel had a mechanical issue, while the company awaits sentencing over an incident which left a passenger badly injured.

And a petition to give Auckland Transport oversight of the embattled service now has close to 5000 signatures.

David Slack said in 30 years living in Devonport and could not believe the chaotic scenes at the ferry terminal yesterday.

"Yesterday morning was quite possibly the worst I've ever seen. It was a consequence of vessels not being available, which often happens in the winter.

"And I've never seen two parallel queues in and out reach all the way from the wharf to the street and there are a lot of disgruntled people and fair enough too."

Fullers services to and from Waiheke and Devonport are exempt from Auckland Transport's Public Transport Operating Model.

This means the company can base its services on profitability rather than the needs of public transport users.

Auckland Central MP Nikki Kaye said there were problems far too often and users were fed up.

"It can be so disruptive for work, for family and particularly for elderly and more vulnerable people who might have medical appointments, it can be pretty catastrophic."

Councillor Chris Darby was out at the Devonport ferry terminal early this morning handing out flyers for a petition calling for Fullers to lose its exempt status.

"The first person off was the chief executive of Fullers on damage control to explain and apologise to the commuters. And good on him for fronting up," he said.

"We'll have to work together to resolve this, but long term there needs to be a change in the law to get rid of that exempt status."

The petition now has close to 5000 signatures and Mr Darby will present it to the Transport Minister in a week or so.

If it lost its status, Fullers would have to meet levels of service determined by the regulator - Auckland Transport.

"I think there'll be quite a bit of resistance to the losing of the exempt status because the exempt status that Fullers enjoys probably delivers them a lot more profitability, not having Auckland Transport as the transport regulator," Mr Darby said.

Maritime New Zealand confirmed that it is prosecuting Fullers for a second time, the first being over a 2015 incident in which the Kea ferry crashed into Devonport wharf, injuring several people.

The Herald reported that the latest court action is over a similar incident in 2017, in which a person suffered serious head injuries. Fullers will be sentenced in October.

Fullers chief executive Mike Horne was in meetings today and declined to be interviewed, but a statement from the company said it has commissioned an independent analysis on rolling the Waiheke Island and Devonport services under Public Transport Operating Model, and therefore into Auckland Transport's network.

"Ultimately the exemption status is a decision that rests with central government," it said.

"We've had a difficult week operationally due to a number vessel issues, weather conditions and other unforeseen circumstances, and we share this frustration with our customers. Our goal is to run smooth and efficient services, when this doesn't happen our entire team looks at how we can quickly rectify the situation."

For David Slack, it was clear that the only way they were going to get a reliable ferry service was for Fullers to be answerable to AT.

"I just don't see it working well any other way. They've had years and years to demonstrate they can do this better, and they just haven't come to the party," he said.

"If you know you have a monopoly - or something approaching a monopoly - you don't try quite as hard to ensure that your service is as good as it could be. And that's what it feels like to us."

A statement from Phil Twyford said Fullers' exemption status was currently under review. However, decisions about the exemption would not solve the immediate service issues the ferries were facing - those are up to Fullers to resolve.