An increase in yellow-eyed penguins getting caught in fishing nets is pushing the nationally endangered bird to the brink of extinction, according to Forest and Bird. 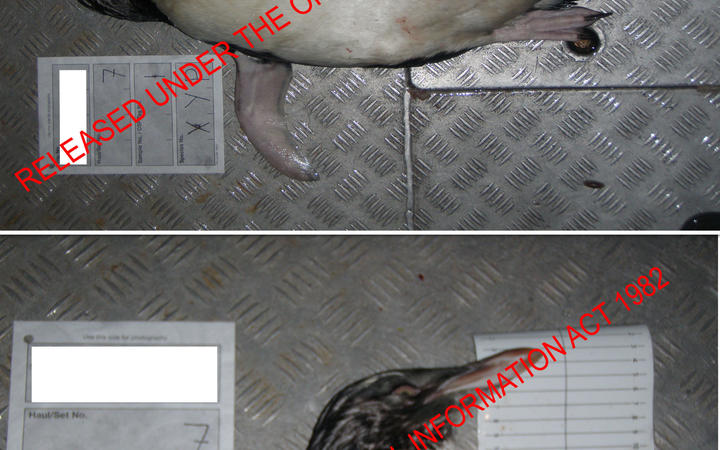 An increase in yellow eyed penguins getting caught in fishing nets is pushing the nationally endangered bird to the brink of extinction.

The claim from Forest and Bird was based on figures estimating 30 of the penguins were caught in commercial nets last year at the bottom of the South Island, and on the mainland's east coast.

It said the numbers were startling given the number of breeding pairs were already in massive decline.

But Forest and Bird's claims have been rejected by Fisheries Inshore and the Ministry for Primary Industries, which both say the organisation has got it wrong.

Just ten years ago there were 600 nests counted in the mainland population of hoiho, which were one of the rarest penguins in the world.

That was now down to 227 thanks in part to the impact of disease and possibly climate change.

Forest and Bird's Kevin Hague, said the impact of commercial fishers was a known threat and one that could easily be resolved.

"The fishing method that's that's implicated here is set net fishing and it's one of the crudest mechanisms that we have for catching fish because basically the set net will catch everything that's in the water column." 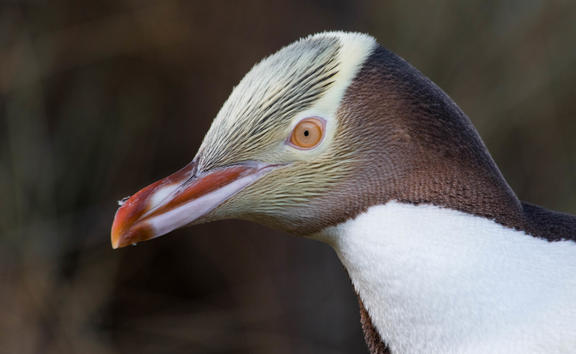 Kevin Hague said the reason the death count from last year was an estimate was that most fishers were failing to report when they pulled up birds in their nets.

He said it was no coincidence the three penguins that were reported last year happened to be on boats with observers onboard, noting that only ten percent of boats in this region carried observers.

"We fully expect that the number is a lot closer to 30. And potentially even more of course. The industry cannot be trusted to self police and we desperately need cameras on all fishing boats."

Industry group Fisheries Inshore in a statement it said Forest and Bird was "scaremongering" and questioned the way it had estimated the 30 deaths.

It said starvation, disease, predation by sharks and dogs were the real reasons numbers were declining.

In a statement, it said: "Their assumptions of bycatch of hoiho and the amount of observer coverage are also incorrect. Over the past five years, a total of nine hoiho captures have been reported by commercial fishers and/or observed by Fisheries New Zealand Observers.

"As observers are not placed on all vessels, there is uncertainty regarding the number of total captures on un-observed vessels. Between a quarter and half of the high risk fleet carry observers (depending on the year and area). Not 10 percent as suggested by Forest and Bird.

"A full scientific reassessment of fishing-related hoiho captures will be completed next year. We expect that this will give us a much more reliable estimate of the impacts on hoiho from fishing (beyond just observed and reported captures).

"Fisheries New Zealand is working alongside DOC, Ngai Tahu, the Yellow-eyed Penguin Trust to develop a strategy and five-year action plan to protect hoiho. This work is coordinated, based on the best scientific information, and focussed on areas that will make the most difference to hoiho in the long run."

But penguin expert, professor John Cockrem, backed Forest and Bird's estimate of the number of deaths attributable to nets.

Forest and Bird wanted a complete ban on set nets in all areas where the penguins foraged for food.

"Here is the stark choice. Do we value this species enough to make changes to the places and the way that we fish? Or do we say the cost of making the transition in some way is too great and therefore are we prepared to see the species become extinct from the mainland on our watch."

The government was currently consulting on options to stop hoiho numbers falling any further.

Professor Cockrem said while its proposal mentioned the threats posed by nets, it did not suggest a fix and this was not good enough.

"The hoiho is a threatened species, its numbers are declining. And here we have one of the reasons for the decline and that's a reason that doesn't need to be there so a ban on set netting is an action that would be beneficial."

Minister of Conservation, Eugenie Sage, said she was discussing with officials whether more money was needed to help the penguins or if more emphasis needed to be put on reducing marine threats.

"Set nets are a threat to hoiho", she said.