The Ministry for Primary Industries is being taken to task over a lack of progress on reducing seabird deaths, including endangered yellow-eyed penguins, or hoiho, due to fishing. 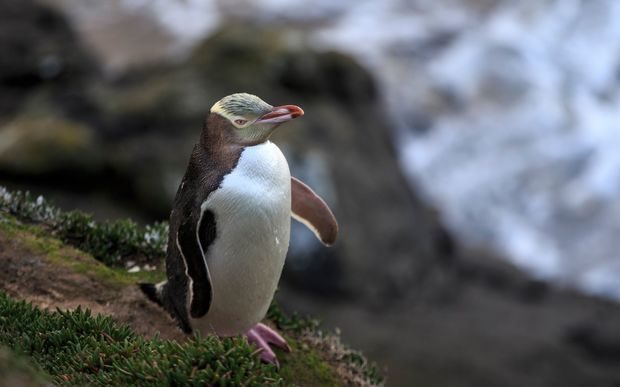 MPI's model last year allowed for 121 yellow-eyed penguins to be caught before it was deemed fishing was having a negative impact. Photo: RNZ

Its critics say the only reason estimated capture rates have decreased is there are now fewer boats and the overall trend has therefore remained about the same for 14 years.

MPI's annual report on the impact of fishing on marine mammals and birds shows a drop in the number of captures in 2017.

Forest and Bird estimates 41,000 seabirds have been killed in the inshore trawl and longline fishery since 2002.

It said a recent drop was only down to a reduction in the size of the fleet, not fishers turning over a new leaf.

Its seabird advocate Karen Baird said that was despite fishers now being required by law to take measures to reduce bird captures.

"Best practice requires you either to set your lines at night, because albatrosses tend not to feed at night, and the other is to use a bird scaring line and then using weighted lines is really important.

"So in New Zealand it's legally required for you to use two out of those three of those mitigation measures, but it's pretty clear that's not happening."

The only way to ensure compliance was to introduce cameras on the entire fishing fleet, which would also help MPI get a better picture of the true impact fishers were having, she said.

Currently this data was supplied by observers who were stationed on boats. 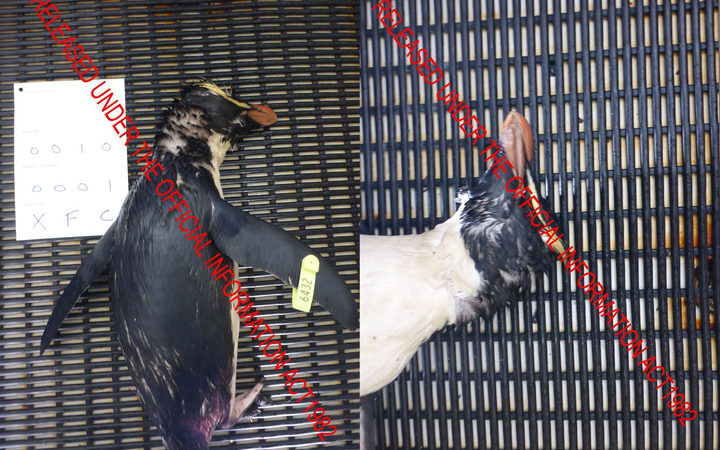 A penguin killed by fishing. in an image released to Forest & Bird under the OIA. Photo: Supplied / Forest & Bird

MPI's annual report on the impact of fishing said inshore vessels were "very poorly observed" and that "often less than one-percent of fishing events [were] observed".

The same report also set the bar dangerously low when assessing the impact of fishing on our most endangered seabirds because it allowed up to 200 years for populations to recover, she said.

That meant that for endangered mainland yellow-eyed penguins, MPI's model last year allowed for 121 of them to be caught before it was deemed fishing was having a negative impact.

The hoiho is the rarest penguin in the world with an estimated population as low as 374 breeding pairs.

"If you were going to set a target at all for the capture of yellow-eyed penguins, it should really be set to zero. Every penguin on the mainland now is critical to the survival of that species," she said.

However, MPI's Steve Halley said the model was used as a guide as to which birds should be given priority and was not a target.

"Yellow-eyed penguins is one of the species that has been identified from that model as a priority area for action. The 121 penguins is a model estimate. There is no way that we are currently killing 121 penguins as a result of fishing."

Asked about claims the number of seabirds captured had remained static relative to the number of boats operating, Mr Halley pointed to a drop of an estimated 9000 captures in 2002, to 3000 last year.

"I mean undoubtedly change in fishing effort would have had something to do with it but I couldn't tell you off the top of my head how much. But equally there has been a really significant amount of work done on improving seabird mitigation across the fishing fleet."

MPI's annual report said the impact of fishers on most protected species "remains uncertain because of some key knowledge gaps".

It has been looking at installing cameras across the entire fleet to help fill these knowledge gaps.