A trust protecting one of the world's rarest penguin species says its local population is at crisis point. 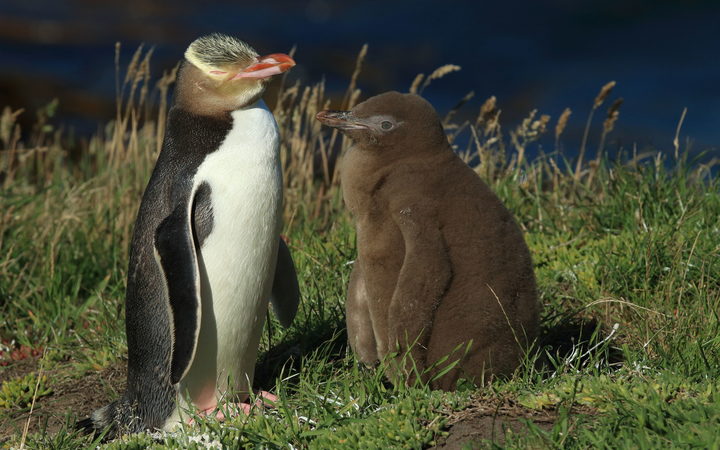 There are growing concerns that there will be no yellow-eyed penguins left at Curio Bay in Southland soon. Photo: 123RF

Three yellow-eyed penguins died at Curio Bay in the Catlins over the New Year, bringing the coastal colony's population down to a single nesting pair.

A day later a volunteer ranger checked its nest and found one of its chicks had starved to death and a second was missing.

The deaths bring Curio Bay's nest count down to one, a pattern that is being seen down the entire coastline.

"The overall population in terms of breeding pairs of yellow-eyed penguins has collapsed to about 220 pairs over several hundred kilometres of coastline. It's a very, very challenging situation for conserving the species."

He said the numbers are well down on previous years and, most alarmingly, the penguins don't seem to be bouncing back.

"We had a dramatic decline around 1990 but the population responded very quickly and bounced back. This time that's not happening so we are very, very concerned." 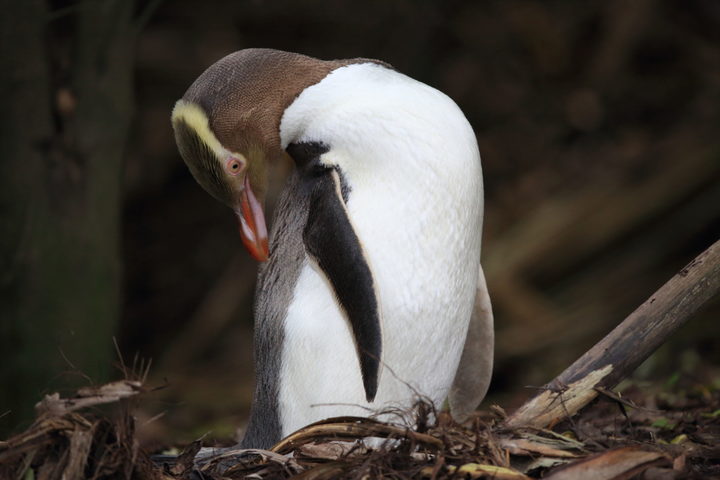 Unique to New Zealand, the hoiho, or yellow-eyed penguin, is thought to be one of the rarest penguin species on the planet.

There are an estimated 1700 breeding pairs of yellow-eyed penguins in the world, and most live in the Subantarctic on the Auckland and Campbell Islands.

Under threat from human disturbance, habitat loss and dogs, the birds are classified as a nationally endangered species.

Mr Preston said there were three nesting pairs at Curio Bay last season but that was cut to two after four adult penguins were killed by dogs.

Neil Waldman, who has a bach in the bay, said he did not believe enough was being done to protect the endangered birds.

He said tourists ran amok in the area and dog leash rules were not strictly enforced.

"It's a little bit disheartening because it's so overrun with people there now I just can't imagine how the penguins are going to be able to prosper there or even come back in numbers.

"When I first moved there about six years ago there used to be about 20 penguins and there would always be multiple nests with lots of chicks. There's just hardly anything now."

The Department of conservation was criticised in 2017 for its part in building a multi-million dollar Natural Heritage Centre at Curio Bay.

It was part of a push to help service the 100,000 visitors Curio Bay has every year, but locals voiced concerns about its proximity to the penguins' nesting site.

Mr Waldman said he raised concerns with the Southland District Council, which manages the area in partnership with DOC, but little has changed.

"I thought New Zealand was a green country that protected its environment. The yellow-eyed penguin is the most endangered penguin out there, there are so few numbers, that it just surprised me that they build a visitors' centre right on top of their nesting ground."

He said while there was just one nest left in Curio Bay, he believed hoiho would survive at the Southland beach.

"I can't predict the future but when you're dealing with a number between one and three it doesn't take much to change it so we're working really hard to make sure yellow-eyed penguin have a future at Curio Bay."

Mr McFarlane said members of the public were the true wildlife guardians, kaitiaki, and should step in if they see any yellow-eyed penguins in danger.

He said it was critically important to protect the birds in the summertime when they are moulting and stay on land.