A tangle over plumbing at the South Island's largest hospital building, where work is way behind time and over budget, just got worse. 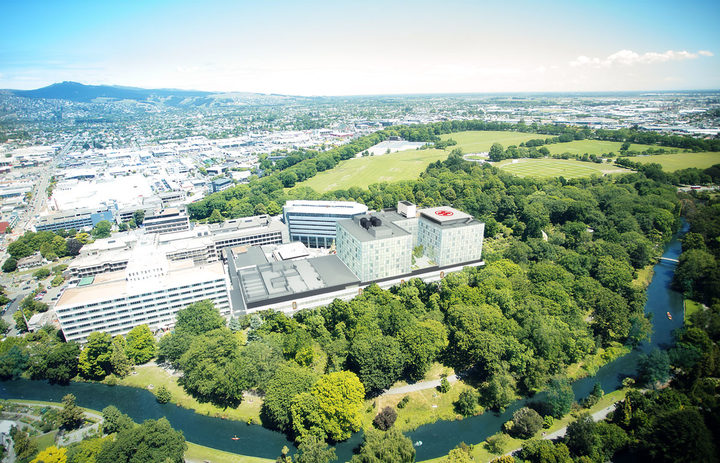 An artist's impression of the Christchurch Hospital campus. Photo: Supplied

Engineering firm Beca is being relied on to vouch for the wrong pipes that it allowed to be put into Christchurch Hospital's Acute Services Building - but now there is confusion over certifying those pipes.

This comes at a time when the government is trying to change how building risks are unequally divvied out - which has been a factor in some major failures.

Both contractors and taxpayers face big risks: at Wellington Hospital, Beca is among those being sued by the DHB over leaks in pipes that will cost millions to fix.

At the half-billion-dollar Christchurch project, now called Hagley Building, a single hot water system was meant to be installed.

Beca had oversight, at a level of construction monitoring called CM4, the second-highest possible.

Even so, the plumber, Australian-owned PHP, installed five types of pipe instead of one.

Since then, everyone has been playing catch up.

The non-specified pipes have been pulled out and replaced on 50,000sqm of upper floors, but retained in the 11,000sqm lower ground floor, by getting the city council to amend the building consent.

The Health Ministry said an audit and tests went well.

"We are satisfied that the pipework installed is of the necessary quality and meets the needs of the new hospital," it said in a statement.

Beca had got WaterMark certification for the pipes, it said.

WaterMark is plumbing's highest possible stamp of approval in Australia and is used regularly here in New Zealand too.

"Approval was given by Beca, our quality assurance consultant, for the installed pipework to be retrospectively certified," the ministry said.

The Canterbury District Health Board, for its part, said it "understands approval was given by Beca ... for the installed pipework to be retrospectively certified".

Except the WaterMark rules don't allow this.

"WaterMark certification is not retrospective," the Australian Building Codes Board, which runs WaterMark, said.

Any certified pipes must be stamped WaterMark, which the Acute pipes can't be since they are already inside the walls.

In light of this, the ministry changed tack, telling RNZ there had been confusion, but that the pipes never needed WaterMark in the first place; rather, it said, Beca got some tests done to the same standard that WaterMark would demand.

Aquatherm, which supplied the Mayer pipe that Beca tested, said the pipes passed "with flying colours" and it had now got full WaterMark for them.

The council will be asked to sign-off the Acute block soon, taking on the risks from that.

The DHB will then take it over from the ministry, taking on its share of risks at the same time, for a project where at one stage design and construction errors were being discovered almost weekly.

Why the plumber used the wrong pipes in the first place is unclear.

RNZ is now asking the ministry to release the various tenders - minus names - to see if they chose the lowest plumbing price.