Unapproved plumbing is being ripped out of the country's largest new hospital construction project. 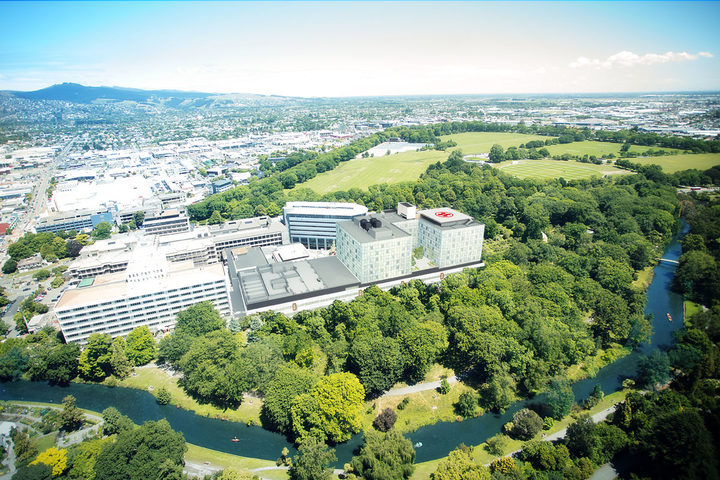 Unapproved plumbing is being ripped out of the Acute Hospital building in Christchurch. Photo: Supplied

There have been five types of stainless steel pipes installed at the Acute Hospital building in Christchurch when only one type was specified.

The Ministry of Health issued a non-conformance order forcing contractor CPB and the plumber PHP to rectify the problem.

That did not necessarily mean removing the errant pipe, but that is what they are doing is this case.

There are three types of pipe - the Numepress, Kembla and Ultibend - now being taken out, and a fourth type, Mayer, is being reviewed.

"Those are the pipes the contractor has decided to immediately remove as part of their rectification plan," the ministry said in a statement.

Engineer Beca wanted Mayer, the manufacturer, and distributors Aquatherm "to provide evidence of compliance with the relevant standards" for the fourth type of pipe, the ministry said.

The nearly $500 million hospital project has been plagued by delays and cost over-runs partly due to poor building work or work that varied from the plans.

However, the ministry said the pipe problem wouldn't make that worse.

"We do not consider the contractor will be delayed at this stage. The contractor has confirmed an intention to complete as quickly as they can."

The ministry said the work would be under warranty no matter what.

"How the contractor seeks warranty provisions from their sub-contractors is a matter for the contractor. The MOH and CDHB will have a warranty."