A Dunedin-based artist has won the 2019 National Contemporary Arts Award announced in Hamilton this evening. 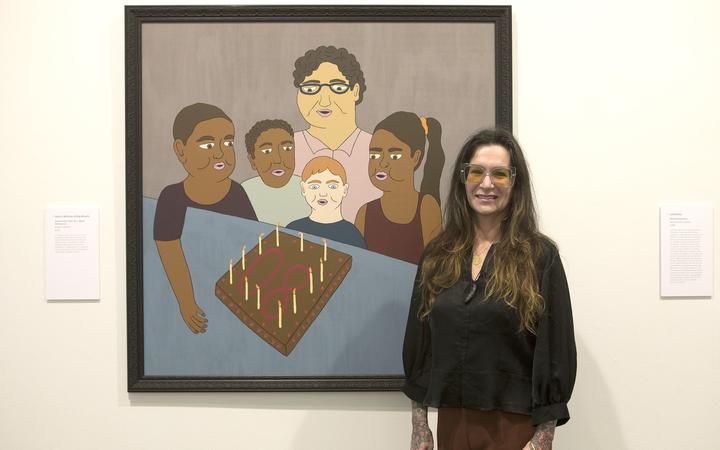 The judge, Fiona Pardington, said the painting summarises a long life of nuturing and the simple life shared by families everywhere over generations.

The painting shows a scene of mokopuna surrounding a tūpuna wahine, grandmother, on her birthday.

She said the sensitivity of the work was reinforced by the artist's description which called it "an exhale of generations", referencing the "infinity of whakapapa and the creation legend of Tāne breathing life into the first woman".

Ms Partington said the exhibition reflected a great diversity of contemporary work and all the works showed strength in different media and techniques used.

The award is celebrating its 20th anniversary this year and attracted more than 300 entries from around New Zealand and overseas.

The exhibition of the 52 finalists will be on display at the Waikato Museum, Te Whare Taonga o Waikato until 10 November.

She said to win the award is a major achievement as it gives emerging and established artists an equal chance.

Ms Meechan said many past winners have gone on to develop international careers.

The runner-up and winner of $5000 is Gina Matchitt from Wellington with her work, in textile, entitled He Tohutono (Commanding Sign).