Speculation is mounting that street artist Banksy was at Extinction Rebellion's London protests after the appearance of a mural at the group's Marble Arch base. 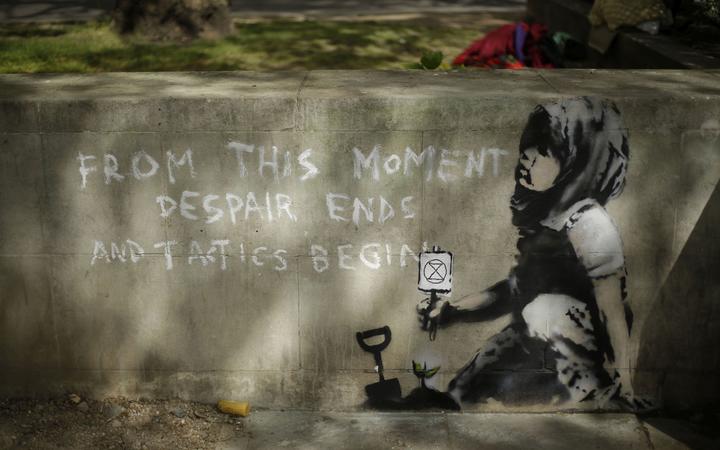 The stencilled street art of a girl along with the words "From this moment despair ends and tactics begin" was found on a wall overnight.

The site had been occupied by climate activists for nearly two weeks until protests ended on Thursday. Banksy has not confirmed if he was behind the work.

Extinction Rebellion's branch from Bristol - where many believe the graffiti artist is from - tweeted they thought he created the mural while protesters were at Speakers Corner for Thursday's "closing ceremony".

banksy seems to have paid a visit to #MarbleArch while we were all at the closing ceremony of the #InternationalRebellion at Speaker's Corner.#ItIsTimeToRebel #Bansky… https://t.co/HjcJBvn03g

Some Extinction Rebellion protesters who remained at Marble Arch overnight said they were "100 percent sure" it had been created by the elusive graffiti artist.

Londoner Calvin Benson, 48, said he had camped at the site because the artwork "needs to be preserved, we've just had an historical event over the last 10 days".

Steve Jones, 53, from Holland Park, said he returned from an Extinction Rebellion meeting and the stencil had "just appeared".

"A man we met last night said he had been taking photographs of Banksy's work after it's done, and this ticks all the boxes," he said.

Westminster City Council said it was "aware of the possible Banksy" and council officers were "looking into it". 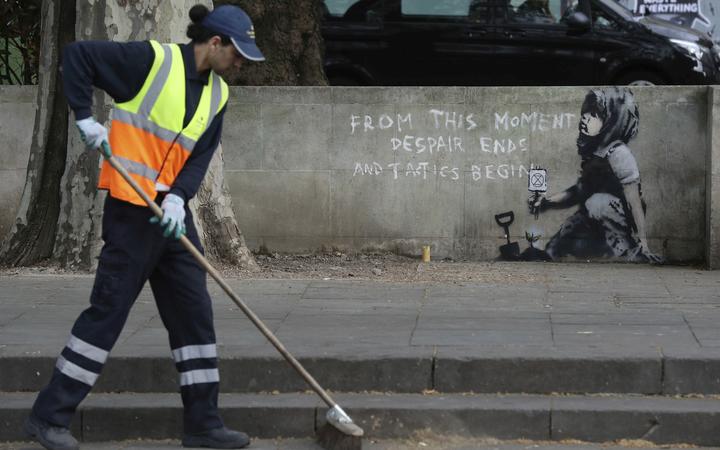 A road worker cleans up near the artwork that appears to be by street artist Banksy. Photo: AP

More than 1100 people have been arrested since 15 April as protesters blocked traffic at sites including Oxford Circus, Waterloo Bridge and Parliament Square.

On the final day of action, activists targeted London's financial district by blocking roads, climbing on a train and gluing themselves together outside the Treasury.

Six people have been charged with obstructing trains on the railway network following one protest at Canary Wharf Docklands Light Railway station in east London. 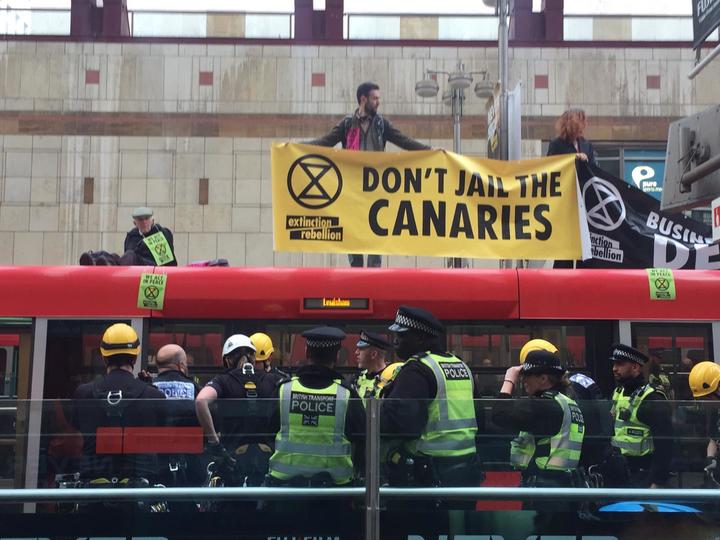 At the closing event in Hyde Park, Skeena Rathor of Extinction Rebellion, said the ceremony marked a "pause" in their protests.

Extinction Rebellion is urging the British government to "tell the truth" about the scale of the climate crisis. It wants the UK to reduce carbon emissions to net zero by 2025 and a Citizens' Assembly set up to oversee the changes needed to achieve this.