Police say they're still looking into an incident at Auckland University where a pro-Hong Kong activist was pushed over by pro-Beijing supporters. 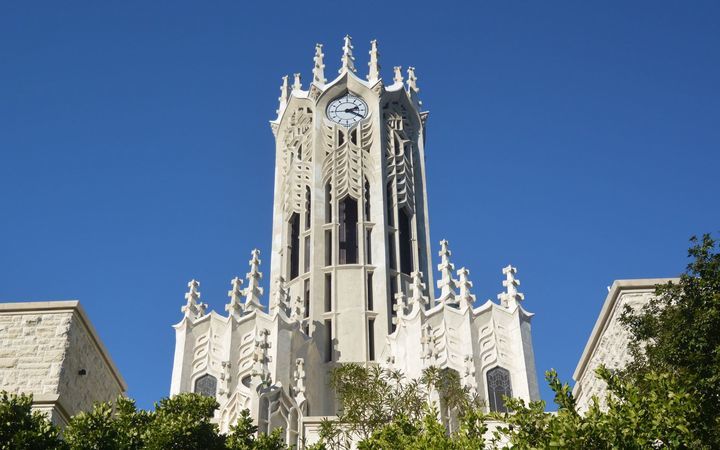 Video of the altercation on Monday has been circulating on social media.

Police have spoken with the complainant, and say they want to hear from anyone who knows who the other people in the video are.

The university is also investigating what happened.

Vice-Chancellor Stuart McCutcheon has emailed staff and students, saying he is aware of disagreements and disputes on campus between students with differing views of the protests in Hong Kong.

He said he had asked campus security to ensure such situations did not escalate, and he expected people to respect academic freedom and freedom of speech.

A scuffle also broke out at the University of Queensland last week when hundreds of pro-Hong Kong and pro-Beijing protesters turned out to express their views regarding Beijing's policies on Hong Kong, Taiwan and Uyghurs in the far-western region of Xinjiang.

It was one of two demonstrations held at the University of Queensland last week - the first was a morning sit-in to protest over the suspended extradition bill in Hong Kong.

Students say the morning protest was peaceful, with people signing a wall mirroring the "Lennon Wall" in Hong Kong where activists have pinned thousands of notes stating their protest demands.

But during the afternoon protest, which kicked off at noon, pro-China students clashed with the other group as they played nationalistic songs and reportedly chanted "China is great".

Videos posted on social media showed shouting and abuse turn into physical violence, and police arriving to break up the four-hour stand off.

Hong Kong student Christy Leung told the ABC she was shocked when a fellow student attacked her as she held a sign explaining the recent Hong Kong protests.

"Suddenly, a tall and strong man kicked my poster away, grabbing my hand with his hand and tore the poster I was holding," she said.

"I didn't panic, but I was shocked.

"I was afraid there would be a fight when other boys rushed out to protect me."

Ms Leung said after her poster was destroyed, some 200 pro-Beijing demonstrators surrounded her and fellow Hong Kong protesters.

"They drove us to the lawn and surrounded us for half an hour," she said.

"We were afraid that something could happen, so we left after they walked away."

Minghui Zhu, an 18-year-old student from mainland China, was among hundreds of students who turned out in support for the pro-Beijing camp.

He told the ABC that tensions rose after the morning protest, which he described as a "calm conversation" between the two sides.

"It must be someone playing an underhanded game that inflamed and agitated people," he said, adding that the presence of non-Chinese protesters was particularly vexing for mainland students.

"Some Anglo-looking students were continuously giving us the finger, and swearing at us with words shaming Chinese people, such as 'go back to China'," he said.

In a statement on Wednesday last week, the university said it expected staff and students to "express their views in a lawful and respectful manner, and in accordance with the policies and values of the university".

Queensland police told the ABC they "attended and assisted with monitoring the situation and maintaining the peace", but no arrests were made.

Mr Zhu said while he was "quite touched" that Chinese international students "united to defend their motherland and express their love for our country", he also felt "embarrassed and ashamed" over the scuffle.

He added that he did not want the incident to continue because it would make life "very difficult" for Chinese students on the campus in the future.

Mr Zhu and other Chinese students at UQ are planning to distribute T-shirts with Chinese slogans for free to promote the Chinese culture.

Mr Zhu said some Chinese student groups at the University of Queensland are currently seeking support from the Chinese consulate and embassy.

The student protests come after weeks of protests in Hong Kong, which began as opposition to a Chinese extradition bill and broadened into concerns about the future of Hong Kong's democratic freedoms.

-with additional reporting from ABC