University of Canterbury researchers say drones could be a breakthrough solution in the long-standing conundrum of how to measure whale health. 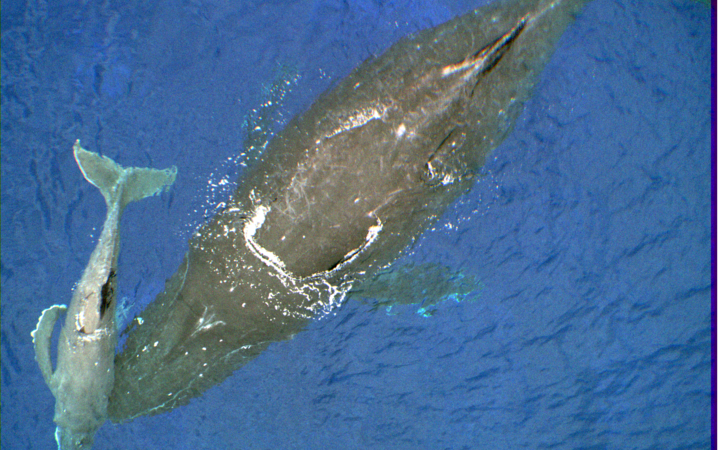 Using infared cameras on top of quad-copter drones can measure the temperature, respiration rate and heart rate of a free-swimming great whale in Rarotonga, during the 2018 humpback whale calving season. Photo: Travis Horton/University of Canterbury

An international team of scientists, led by the University's Associate Professor Travis Horton, have published results from a study on measuring marine mammal health through non-invasive techniques.

Using infared cameras on top of quad-copter drones, Dr Horton said they were able to measure the temperature, respiration rate and heart rate of a free-swimming great whale in Rarotonga, during the 2018 humpback whale calving season.

The scientists stayed onshore and were able measure the whale's vital signs over three hours.

Dr Horton said until now measuring whale health has been a challenge for scientists and conservationists, but advances in drone technology, infrared imaging and data-processing could create unique opportunities to help whales survive.

He said measuring and monitoring whale health is of paramount importance for species like the paikea humpback whales of Polynesia - a population that was decimated by whaling through the second-half of the 20th century and are the only endangered migratory humpbacks on the planet today.

The research has been published in the conservation journal Frontiers in Marine Science.