Whitianga locals are demanding their harbourmaster be rewarded, not punished, after he was stood down for using a council boat to free a trapped orca. 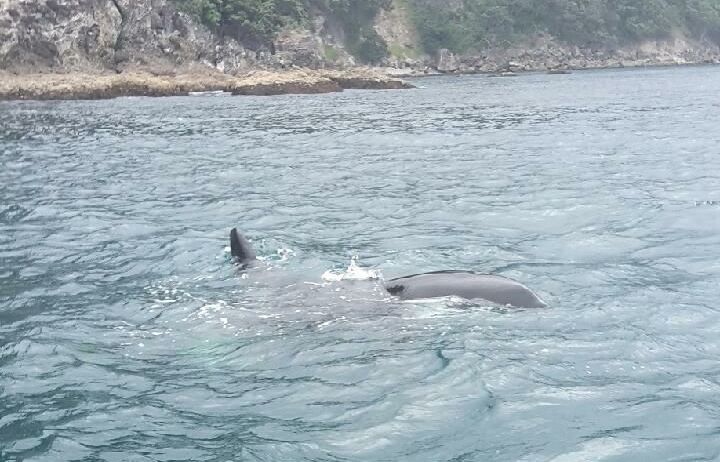 Matthew Collicott helped rescue the killer whale which was caught in crayfish pot ropes off Tokoroa Rock at Kennedy Bay on the Coromandel early yesterday morning.

The whale had been trapped for 16 hours and there were warnings it would not survive the night when rescuers headed out on the urgent mission about 2am.

Mr Collicott is being hailed a hero in Whitianga for his part in the urgent rescue.

He had already handed in his resignation as harbourmaster and today was to have been his last day in the job.

But he was suspended from operational duties yesterday while the Waikato Regional Council investigates his actions.

"The fact that he took a boat out to rescue a whale and it was a harbourmaster's boat and he didn't get authority first, they've suspended him and its just disgusting. I seriously think that the person responsible for suspending Matt needs to be suspended himself."

Mr Stewart said he and other locals had made numerous calls to council head of maritime services Richard Barnett, but had not received a response. He believed Mr Collicott and the other rescuers should be recognised and the council should be made accountable for a bad decision.

In a statement, the council said it was checking whether any regulations were breached or operational procedures were not followed.

The health and safety of staff was its main concern, it said.

Waikato Regional Council chief executive Vaughan Payne said he stood down Mr Collicott from boat duties because he was out much of the night.

Mr Payne said he was responsible for keeping staff safe.

He said the Council also needed to investigate whether any regulations had been breached.

The Department of Conservation has also been criticised for its poor response after residents said they had been calling about the trapped orca since 9.30am on Wednesday.

It said it was investigating all the circumstances of the incident including its own response time.

"That process could take some time and it is too early at this stage to say what outcomes, if any, may arise as a result," it said in a statement.

Trained staff who might have been able to deal with it were actually on an island on the other side of the peninsula engaged in biosecurity work, it said.

Attempts to get out to the orca on Wednesday afternoon were unsuccessful due to sea conditions.

DOC said it received an update from a fisherman later in the afternoon, saying the orca was still there and was not in imminent danger.

Staff had planned to go out by 9am yesterday but by then the orca had been freed.

"The rescue of entangled marine mammals such as orca carried a high degree of risk and must only be undertaken by trained personnel to ensure both the safety of those effecting the rescue and that the least harm is caused to the entangled animal.

"The Department will be making further enquiries with those who allegedly undertook to rescue the orca and will consider what action, if any, is appropriate once the full circumstances are established."