A stranded whale on a Waikato beach has died, despite rescuers' best efforts to save it. 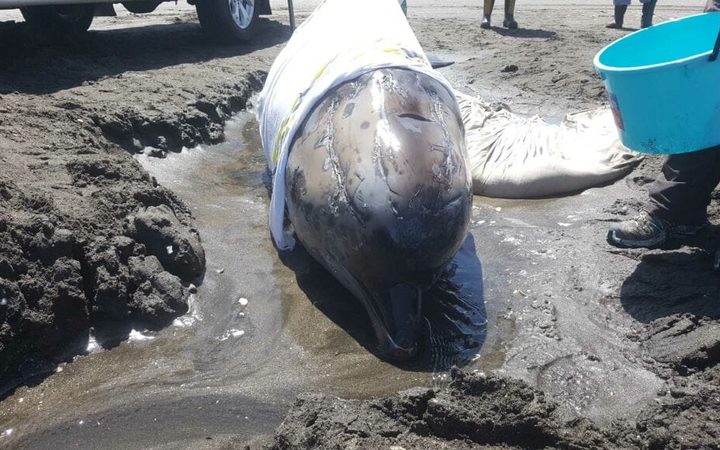 Volunteer organisation Project Jonah said, along with the Department of Conservation and Fire and Emergency, it received reports of a single stranding of a southern bottlenose whale on Port Waikato beach at about 11am.

Project Jonah general manager Daren Grover said rescue teams tried to float the whale out on the high tide this evening, but it died before they could get it back into the ocean.

Mr Grover said a member of public who found the whale initially thought it was a dolphin.

He said southern bottlenose whales were not normally found in shallow waters.

"They dive incredibly deep but as I say they do live in those deeper offshore waters," said Mr Grover.

"When one does come to shore, it's often because there's a high likelihood of some form of illness or potential injury."

Mr Grover said the stranded animal was about 4m-long, but was skinny and possibly still quite a young whale.

"Whales are usually these kind of round creatures, [but] this one here does show signs of emaciation so it is... a little bit weak and not in the best health," he said.

"It could still be quite young and it might still be dependent on a lactating female for food."

Mr Grover said samples were being taken from the whale to be sent off for testing and the Department of Conservation will work with local iwi to determine what to do with the carcass.