After a baby whale shark named Gulliver was discovered in a remote atoll in Tokelau, children were kept away from the water for months and local leaders plotted its death. 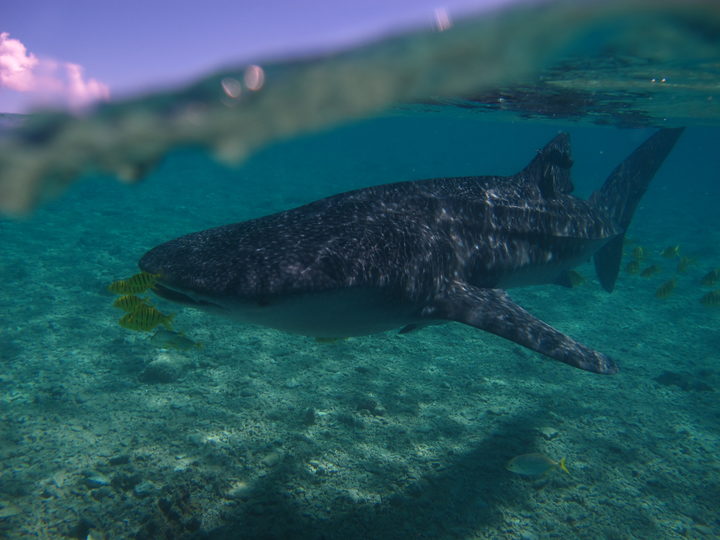 Whale sharks, which can grow to around 10 metres in length, are slow-moving filter-feeders and pose no threat to humans, but Gulliver sparked alarm in Nukunonu atoll among locals who assumed he was a man-eating shark.

In May this year, a team of Australian researchers arrived in Nukunonu, after being summoned by a local teacher who suspected the animal was a whale shark and hoped to put fears to rest, said Brad Norman, one of the researchers.

By that point, it had been around six months since people in Nukunonu had been allowed to go into the lagoon.

"We had a massive shark but we didn't know it was a whale shark until [the researchers] came," said Elena Pasilio, who writes for a local newspaper in Nukunonu.

"So the parents started telling their kids they weren't allowed to go to the sea because everyone thought it was a hammershark or those other scary sharks," she said.

Danger in the lagoon

From above, Nukunonu looks like a slightly squashed pentagon, with the thin strip of land running along the edge of the atoll sheltering a peaceful turquoise lagoon from the rough waves which relentlessly hammer the sea wall on the other side.

There would be few places safer for a young whale shark to grow up in.

But for a while, Gulliver appeared to be in serious danger.

A member of the Nukunonu Taupulega, or village council, had suggested killing the whale shark, or trying to remove it from the lagoon, said Mr Norman.

Worried for the whale shark's safety and wanting to study what is believed to be the first documented case where the animal has been trapped in a lagoon for a lengthy period of time - at least two years, locals estimate - the researchers embarked on a mission to find it.

Over the course of seven or eight days, they were joined by an armada of nearly 30 dinghies manned by at least 50 Nukunonu locals, assisted by drone fly-overs, said Mr Norman. 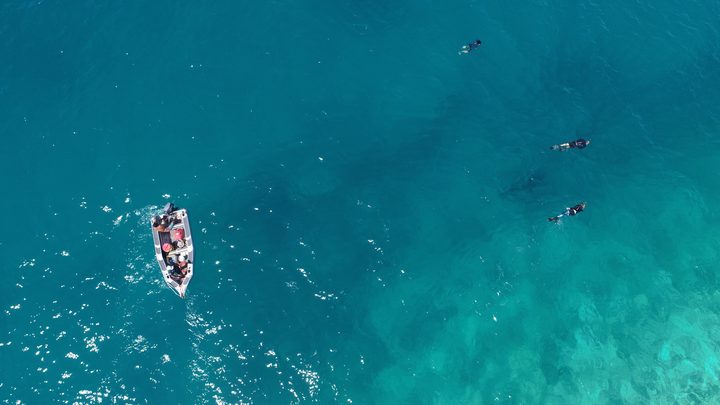 Eventually, when they had found Gulliver, locals joined the researchers in jumping into the water near him - making sure not to crowd the whale shark.

Nukunonu locals adopted the name Gulliver from a namesake stuffed whale shark toy Mr Norman takes with him wherever he goes to research the animals.

Afterwards, the researchers spoke about whale sharks at the school in Nukunonu, where students also crowded together to form the shape of a whale shark. 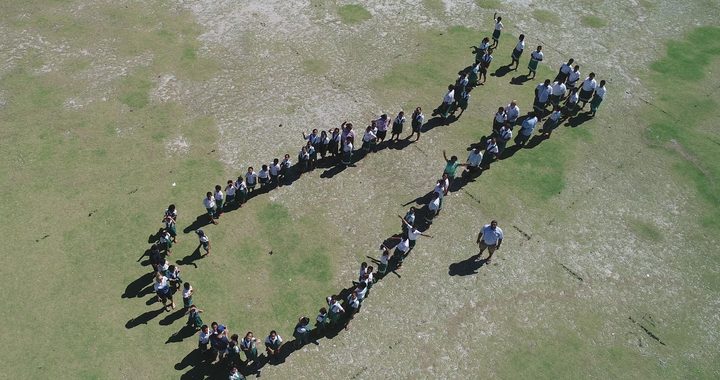 Schoolchildren also wrote a song about the whale shark which they performed at a sporting event.

When Gulliver appeared close to the shore after the researchers' visit in May, locals cheered and grinned at the sight of him, snapping photos of the new local attraction.

"All these kids just started running past and they started calling out 'the whale shark, the whale shark!' and I went over and it was just swimming around," said Ms Pasilio, who also interviewed Mr Norman for the local newspaper, Te Uluga Talafau. 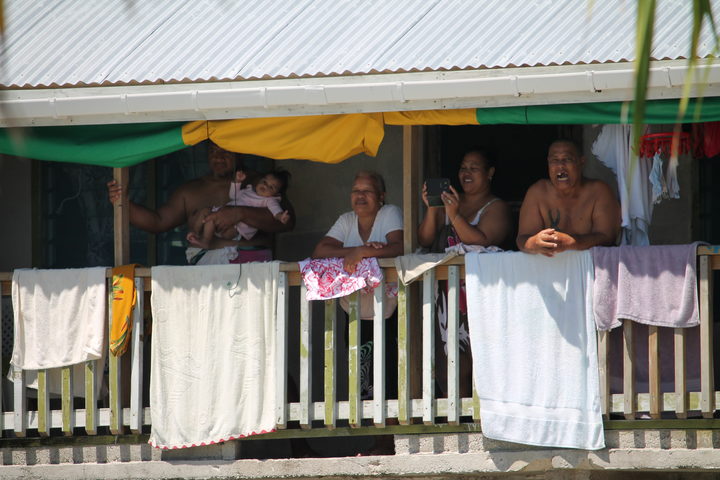 There is even talk in Tokelau of writing a children's book on Nukunonu's beloved whale shark, according to Fatu Tauafiafi, a communications specialist for the territory's government.

An opportunity for research

Meanwhile, the researchers are hoping to raise money to fund a research trip back to Tokelau next year to further study Gulliver in his sheltered habitat. 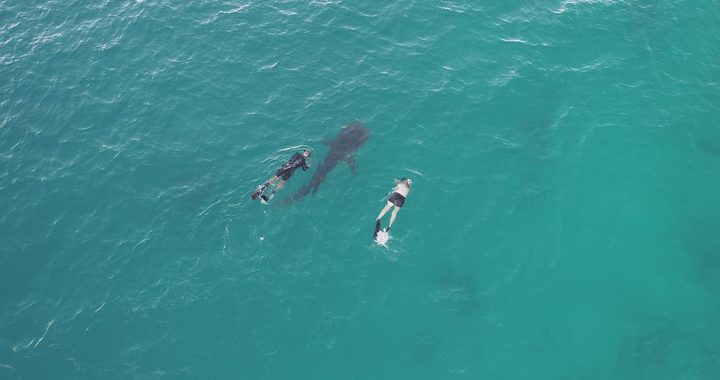 "We'd like to use this great opportunity to really crack open some new knowledge on whale sharks and the opportunity is out there in Tokelau," said Mr Norman.

"So little is known about whale sharks globally anyway. We're learning so much more and we are finding a lot more about this species but there's a lot of mysteries about the whaleshark."

Gulliver probably found his way into Nukunonu's lagoon during a high tide and is unlikely to make it out because he has grown larger since then, said Mr Norman.

When Gulliver reaches adulthood, he will need to be transported out of the lagoon safely so he can find a mate and have his own children, said Mr Norman.

But for now, the whale shark will patrol his lonely lagoon, with supporters on all sides.