While the displaced people of Ambae in Vanuatu anticipate returning to their home island at the end of the state of emergency next month, aid is still coming in from other ni-Vanuatu people who want to help. 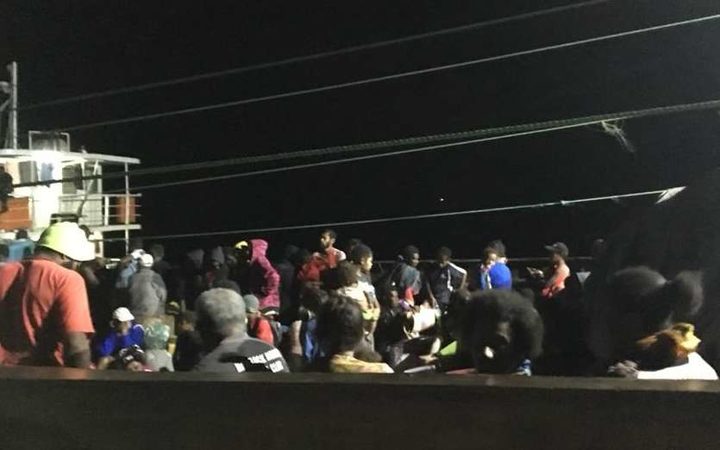 The Daily Post newspaper said in the latest acts of generosity the president of neighbouring Malampa Province, Norbert Ngbem, handod over a donation of $US2,645 to the about 100 displaced Ambaeans housed at the Luganville Wharf Terminal on Santo.

There are thousands of Ambaeans in Santo and the people at the terminal include the vulnerable and those with disabilities.

While handing over the cash the President also assured the Manaro volcano victims that Malampa has many islands prepared to host them.

In a similar act of generosity seasonal workers returning from Australia have made donations of foodstuffs, including bags of rice and containers of biscuits to the Manaro Disaster Committee in Port Vila.