An expert in coastal erosion says the Timaru District Council should consider relocating the city's velodrome. 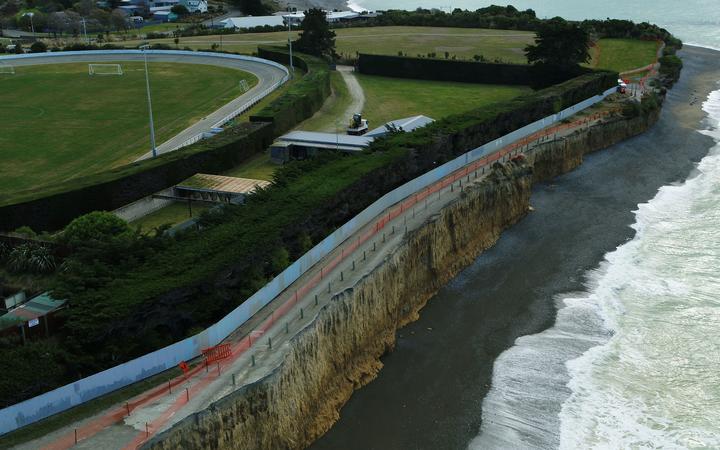 Rogue weather, rising sea levels and tidal changes have eaten away at the coastal wall at Patiti Point, in Timaru, at an alarming rate. Since 2018, the wall has shrunk by over 10 metres. Prior to then, the 6-metre cliff at Patiti Point eroded at a rate of about half a metre per year.

The rapid decline has already forced the South Canterbury Deerstalkers' Association to shift their clubrooms, which lie a few metres from the cliff's edge, less than half a kilometre down the road to a new site provided to them by the council.

The adjacent Timaru Pistol Club, which shares its facility with the Deerstalkers' Association, is also in talks to find a new shooting range.

However, it is not the only sports association in the area that needs to consider looking for a new home.

South Canterbury's only velodrome, Caledonian Ground, lies about 20 metres away from the sea walls edge. 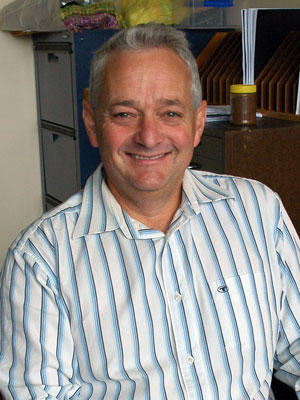 Otago University associate professor of geography, Mike Hilton, is an expert in unconsolidated or 'soft' coastlines like that of Timaru's.

He said because it is so difficult to predict when the current rapid rate of erosion would begin to ease, the best option would be for the club and the velodrome to relocate.

"[Coastal erosion] often happens in pulses, you get a number of months or even years where there was accelerated erosion and then there'll be a period of relative stability.

"It seems that there are very few coasts now that are not retreating to some degree, or certainly none that are building out."

Associate professor Hilton said coastal erosion was a trend that people were grappling with around the country.

In the case of Patiti Point, the very ground the nearby clubs sit on could not be overlooked when understanding the coast's rapid decline.

"[They are] sitting on pretty soft rock. In fact, it's not even rock, it's soil. The technical term is loess, that's effectively wind-blown dust and dirt that's been blowing from the Southern Alps during glacial periods.

"But there are also things going on in the catchment that affect the flow of the sediment from catchments to coast.

"We're taking a lot more water out of our catchments, and that water would otherwise flow down rivers and carry sediment with it. Certainly, a number of us suspect there are key connections between catchments and coast that are accounting for erosion."

Mr Hilton thought there was little the Timaru District Council could do to halt the degradation, and a retreat from the coast was the best option.

"You could place a lot of rock in front of that eroding cliff, that's been the traditional approach, but the cost is both aesthetic, financial, and it impacts on the amenity value for the wider community.

"At some point protecting the coast is actually destroying it.

"If there's a long-term trend, as there appears to be at that site, then that approach is not sustainable, it's too expensive, and results in higher environmental costs."

Mr Hilton believed a swift plan needed to be put in place, so nearby clubs and residents could prepare for a dwindling coastline.

Cycling South Canterbury is the main user of the cycle track.

Club president Darren Cuthbertson said the velodrome could not move without the support of the council.

"We just want to know what the council's plan is and how soon they can implement it."

The club had done a basic estimation on how much it would cost if the velodrome had to be relocated.

"We believe it's probably going to be $1.5 million to $2 million at the very least, depending on the land we get.

"Whether the council would come in and help us out with that we're unsure."

The velodrome was also due to be resealed in September, with the club contributing $50,000 to help pay for the project, with the council fielding 75 percent of the costs.

However, with no plan of action in place from the council on Patiti Point, the development remains up in the air.

In other media reports, the council have said they had a team investigating the wider effects of coastal erosion which will "look at the localised effects on Patiti Point but in the context of the whole coastline".

Mr Cuthberston thought it was a strange response.

"They need to act pretty quickly on this specific event and then take into account the full coastal erosion as almost a separate thing, because [erosion] is happening really, really quickly."

On Friday, a Timaru District Council spokesperson said they are currently in discussion with a representative from the cycling club about potential options and a report will be presented at the next council meeting.

The council is expected to be delivered a report, briefing the council on the erosion issues at Patiti Point on 30 July.