The government's report on the state of the environment estimates the economic losses associated with soil erosion and landslides is at least $250 to $300 million a year. 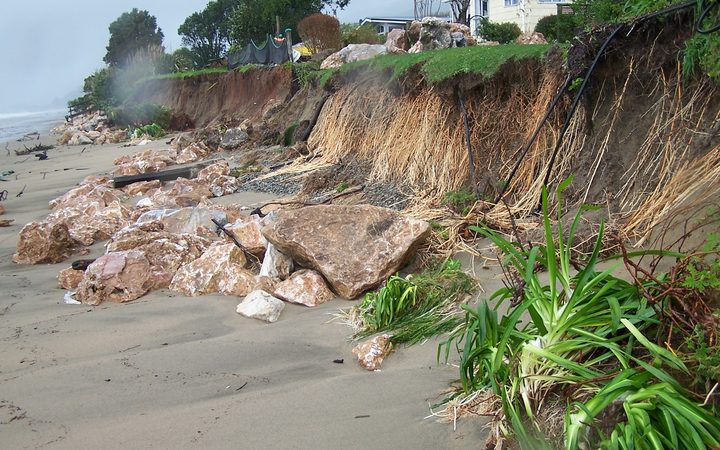 Environment Aotearoa 2019, the Ministry for the Environment and Statistics New Zealand's jointly produced report, paints a bleak picture of the state of the country's environment.

What New Zealanders have removed from the land and what has been built on it has had a detrimental effect on the environment.

As of 2012, 51 percent of the country's land area had modified land cover - such as urban areas and exotic vegetation and pasture - is now the single biggest type of land cover, making up about 40 percent of the total area.

Between 1996 and 2012, more than 70,000 hectares of native vegetation were lost through conversion to pasture, plantation forestry and urban areas.

Five percent of the total land is classified as highly prone to erosion, and 60 percent of this highly erodible land is in the North Island.

The expanding areas of pasture since humans arrived in New Zealand has accelerated the country's natural high rates of erosion and soil loss.

Of the 192m tonnes of soil lost annually into waterways, 44 percent of the sediment was from land covered in pasture.

Freshwater scientist Mike Joy said the loss of sediment into waterways had a significant detrimental effect on water quality.

He said more erosion meant an increase in sediment in rivers, lakes and coastal environments.

"One of the biggest ecological effects is the infilling of the interstitial spaces.

"That's the gaps between the stones and boulders and rocks, and where most of the life lives and [it is] really, really crucial to our native fisheries as well as the invertebrates that they feed on."

It estimates that of the 192m tonnes of soil lost annually into waterways, 44 percent of the sediment comes from land covered in pasture.

The report said topsoil lost in landslides resulted in degraded soil and lost pasture productivity that may not be regained in our lifetimes.

This results in an increased demand for nutrients, typically fertiliser, which brings added financial and environmental burden.

The amount of nitrogen applied in fertiliser has increased more than six-fold across the country since 1990.

More erosion and soil loss mean an increase in the concentration of sediment in the rivers, lakes and coastal environments.

As of 2012, landslide risk applied to 77 percent of the highly erodible land in New Zealand.